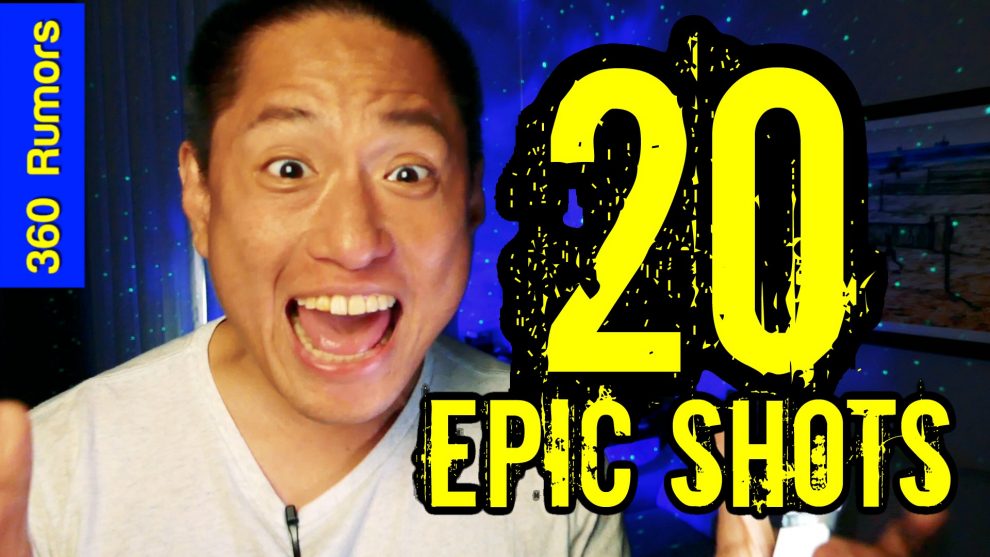 Do you love cinematic camera moves?  What if you could do them with a camera that fits in your pocket?  An increasing number of video creators are getting excited about 360 cameras — creators such as Peter McKinnon, Matti Happoja and Potato Jet.  The reason?  It’s because 360 cameras are incredibly versatile and can capture an amazing 3rd person view. To show you just how versatile they can be, here are 20 creative camera moves that were originally designed for a cameraman or camera crew.

Move #2 is the roll + travel.  The cameraman rolls the camera as he travels in.  On a 360 camera, the technique is the same as a regular travel in.  I don’t have to roll it. Instead, in post processing, I can roll the video as much or as little as you want, all in one take, no cropping needed.

Move #3 is a parallax slider shot.  In this move, you have a foreground object, then you move sideways with a gimbal, like strafing.

Move #4 is a circular parallax.  With a gimbal, the cameraman walks around the subject while keeping the subject in the middle of the shot.  This is very challenging to do because you have to move in a perfect circle for the effect to look convincing.

On a 360 camera, it’s very easy to shoot this by yourself.  Just hold the monopod and turn around slowly. That’s all!  In fact, if you have an Insta360 camera, you can do this shot in super slow motion using what they call a bullet time handle.

Move #5 is a remote panning movement.  Using the gimbal’s app, you pan the camera to follow the action.

On a 360 camera, this is super easy.  You just put the camera on a stand. In post processing you use keyframing to aim the video where you want.  In fact, you can have it point to two or more directions simultaneously.

If you want to learn how to do this with free software, check out my tutorial.

A gimbal is stabilized but to avoid bounding up and down, you need to walk carefully heel to toe, or use a skateboard or desk chair.

On a 360 camera with 2nd generation stabilization (e.g. Insta360 One X, GoPro Fusion, Rylo, etc.), use a monopod and hold it lightly — don’t give it a death grip.  By holding it lightly, the monopod will act as a shock absorber.

Move #7 is a pedestal shot.  This starts with a low angle of the subject and rises vertically to eye level, as opposed to tilting the camera up or down.

On a 360 camera, I hold the camera at a low angle and simply tilt it upward.  Looks dramatic but is super easy.  You can even do it while moving.

Move #9 is a jib shot.  This is like a pedestal shot but there is a larger vertical movement.  To do this with a gimbal, you can stand on something and raise the camera, while another operator tilts the gimbal with the app.

On a 360 camera, you can easily do this by yourself with a monopod.  Just tilt the monopod upward.  Stabilization will keep the horizon level throughout the movement. Because this effect works best with a larger vertical movement, it is best to use a longer monopod.  If you want to change the pitch as the camera moves, you can do that through keyframing.

Move #10 is a gliding shot over the car.  To do this, Cinecom put the gimbal on a pole and had two people carry it over a car.

On a 360 camera, this is super easy.  Just get a monopod and move the camera over the centerline of the car.  That’s all.

Move #12 is the pass through.  I love this effect. You put the gimbal through a hole and have a friend on the other side carry it through.

You can do that with a 360 camera as well.  But can you do it by yourself? Yes — I used a longer monopod called the Telesin, and positioned the camera outside a fence.  Then I pulled it toward me, before shooting as normal. When you pull the camera in, be careful not to hit the lens.

Move #13 is a sky transition.  At the end of one scene, you point the camera and gimbal at the sky while spinning.  You do the same at the beginning of the next scene.

On a 360 camera, you can point the monopod toward the sky, then use keyframing to spin the view.  Then do the reverse for the next scene.

Movement #14 is a crane movement.  Put the gimbal on a long pole, and you’ll be able to use it for crane-like shots.

With a 360 camera, I use a 9-ft long pole called the Telesin, which is compact enough to fit in your backpack.

Move #15 is a clone shot.  Cloning is much simpler on a 360 camera, you also take several shots, but you don’t have to rotate the camera at any speed.   In post, you just have to use masks to combine the videos and then use keyframing to pan the camera.

Move #16 is a leading and following shot.  Use your gimbal to take a video of the subject from the front and from behind.  With a 360 camera, you can do this by yourself.  Just hold the monopod in front of you, and shoot a second video with the monopod behind you.

On a 360 camera, this is super easy.  I use a small tripod and lay the camera on its side (DO NOT allow the lens to touch the ground).  This lets me shoot at a very low angle. Then just walk over the 360 camera.  You can do it in one take.

Move #18 is to pass the camera to another person.  This allows the video to show continuous moves from one area to another area that would normally be inaccessible.  You can do this on a 360 camera as well.

Move #19 is a wirecam.  Put the gimbal on a wire cam.  This is easier on a 360 camera because a 360 camera is much lighter than a camera with gimbal.  For this, I used the Wiral Lite wirecam dolly.

Move #20 is an object view shot.  To show the point of view of an object, just stick it onto the camera while moving the gimbal.  You can do this shot on a 360 camera the same way as well.  Just stick the object to the 360 camera.  For Insta360 cameras, I suggest using Direction Lock / Direction Hold mode.