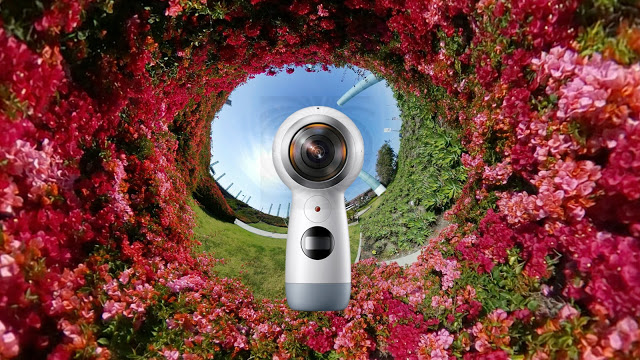 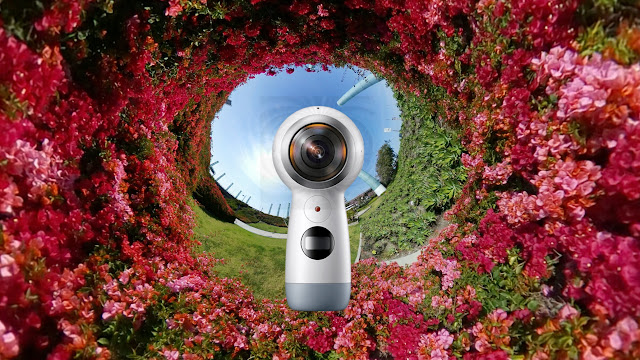 Based on a test I conducted, the 2017 Samsung Gear 360 does not appear to have the blurgate problem that plagued the original Gear 360.

The original Samsung Gear 360 had a peculiar problem — it would warm up as you used it, and as it got warmer, there was sufficient thermal expansion of the internal components that the lenses would get pushed out a smidgen, just enough to change their focal distance.  The end result is that after using the Gear 360 for a while, photos would become more blurry because they were no longer focused at infinity.  If the Gear 360 got warm enough, this would be visible in videos as well.  I dubbed this problem “blurgate.”  More info here.

Unfortunately, blurgate was a hardware design issue, and there was no way to fix it (short of redesigning the hardware).

Fast forward to 2017.  The 2017 Gear 360 has many improvements over the original.  But one of the things I was curious about was whether the blurgate problem had been resolved.  To test this, I took a photo, then recorded 10 minutes of video (to make the camera warmer) and then took a second photo.  I then compared the two photos.

Here are the photos:

Before recording the video: 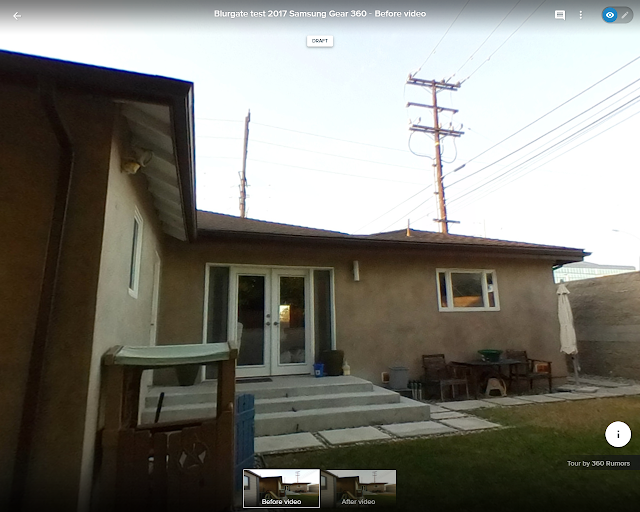 After recording the video: 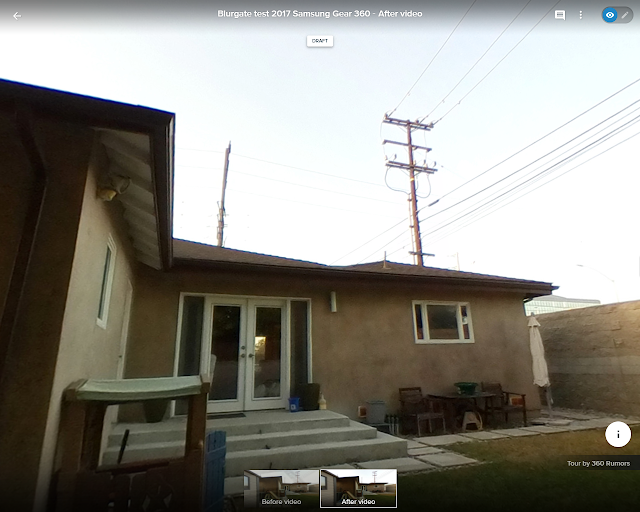 Looking at the 100% crops above, I could not discern any decrease in sharpness.  Therefore my preliminary conclusion is that there is no known evidence of the blurgate problem in the 2017 Gear 360.  The 2017 Samsung Gear 360 is available here (at the time of this writing, the best price is around $275 with free shipping).