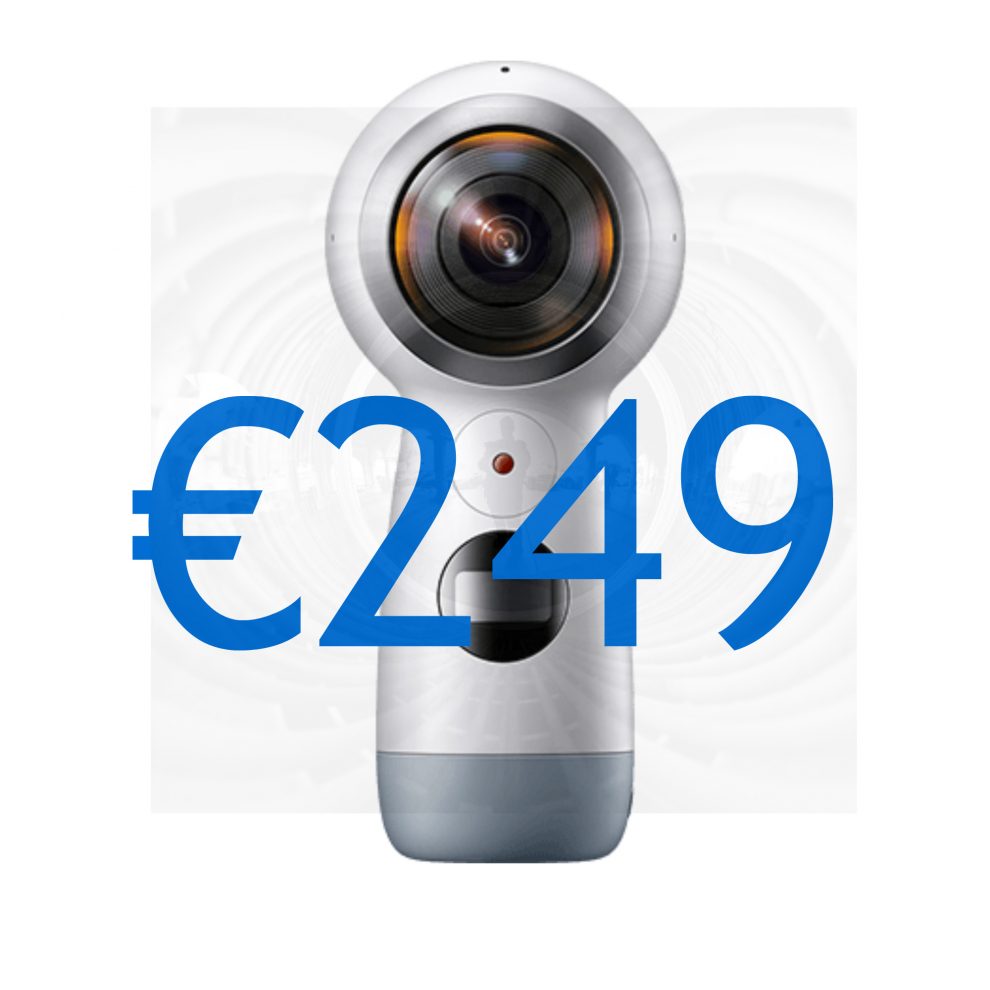 Samsung’s German site has revealed the price and availability for the 2017 Gear 360 and has made it available for preorder.

The site shows that the price will be €249, which is on the lower end of the range I expected.  This likely means the US price will be $249.  At this price, it is the most affordable 4k 360 camera on the market today.  You can preorder it here.  The link appears to be working. 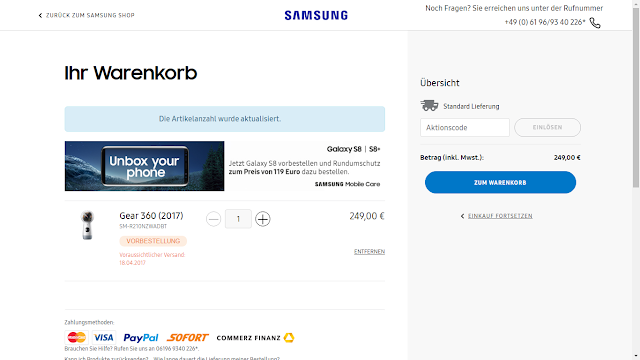 Regarding the availability, the Samsung Germany site said it would be shipped on April 18, 2017, which is a bit sooner than expected.

Strangely, if you translate the page, it will show a shipping date of June 18, 2017, which seems more likely.  Samsung said the S8 and Gear VR would be available April 21 but did not say the same for the Gear 360, saying only that it would be available Spring 2017, thus implying that it could be later than April 21.   But if you do preorder, it does promise shipping on April 18, 2017.

Amazing low light sample in 360 video ad with Z Cam S1 Pro, a 360 camera with Micro Four Thirds sensors
You can download the preview of the 2017 Samsung Gear 360 app
Comment