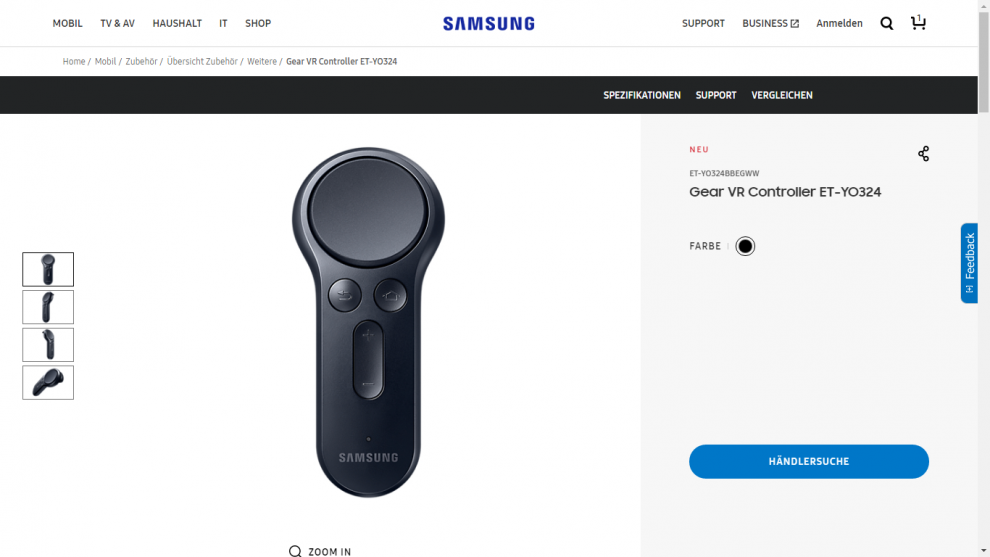 The 2017 Gear VR‘s controller is already showing up at some Samsung Europe pages.

Excluding Google Cardboard, the Samsung Gear VR is the most popular VR system at the moment, with over 5 million units sold.  However, it faces a challenge from Google Dayrdream, Google’s premium mobile VR headset.  Among other things, Daydream has a motion controller allowing for a more immersive means of interaction in games.

The controller is now starting to appear in some Samsung Europe webpages.  Here is the controller’s page on the Samsung Germany webpage.  Samsung Switzerland is already offering the controller for preorder for CHF 45.  This likely means that the US price will be around $45.

I’m curious to see how well the market receives the new controller.  Thank you very much to Sven Neuhaus for bringing this to my attention!