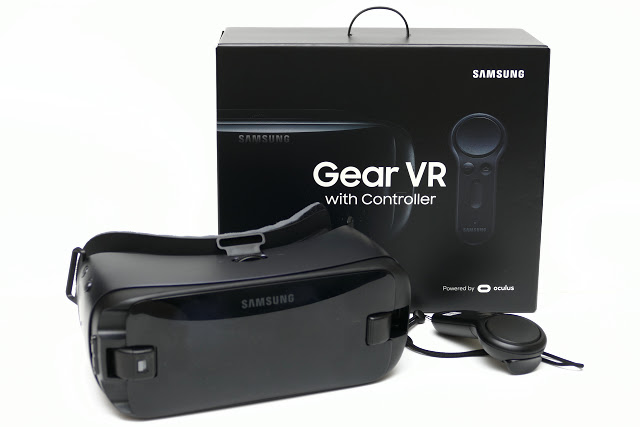 Not counting Google Cardboard, Samsung Gear VR is the most popular VR headset, with over 5 million users as of January 2017.  If you haven’t tried it, it’s easy to dismiss it as an overpriced cardboard headset, but you would be mistaken — it’s totally different, and the experience is much closer to desktop VR than Google Cardboard. 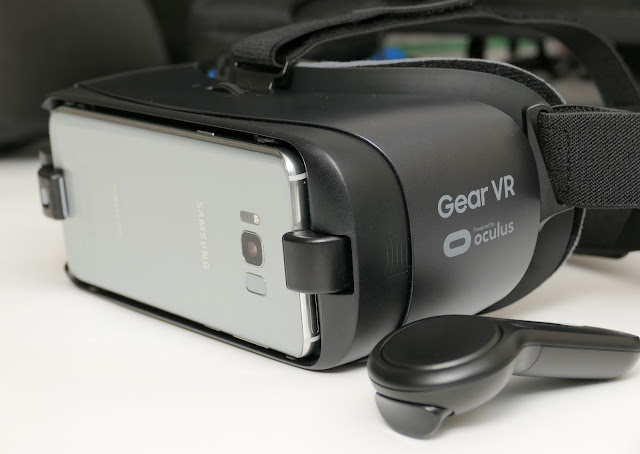 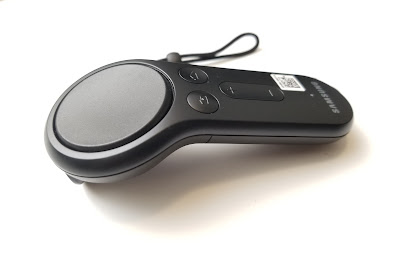 The primary difference between the 2016 and 2017 Gear VR is the motion controller.   The controller has several buttons:
– a trigger button,
– a large trackpad that can also be pressed as another button,
– a back button,
– home button and
– volume buttons.
The back button is raised, while the home button is recessed, so it’s fairly easy to tell which button you’re pressing while wearing the Gear VR.

The motion controller can track rotational movement (pitch, yaw, roll) very accurately but it can’t track positional movement (forward / backward, upward / downward, or lateral movement).  In actual use, it feels somewhat like using a mouse in the sense that it doesn’t track your movement 1:1, but feels very responsive and you can control it easily to make precise movements such as hitting the bullseye on targets (with the help of a virtual laser pointer).  I never noticed any lag in the motion controls.  It felt more accurate and responsive than what I recall from the motion controller of Google Daydream.

Other than the controller, the 2016 and 2017 Samsung Gear VR are nearly identical but there are a few differences: 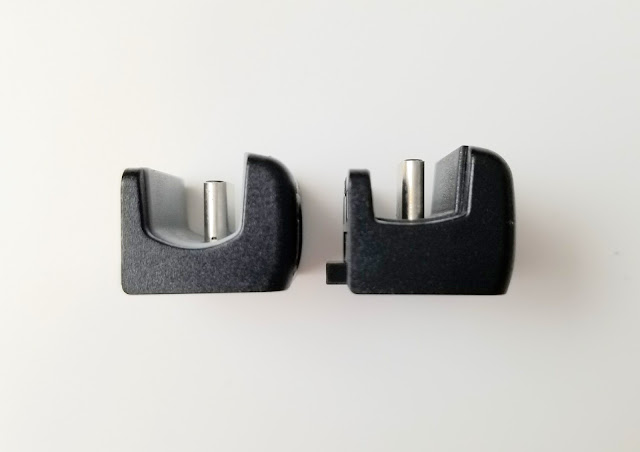 The 2017’s face cushion is thinner and leaves more space for the nose bridge.  Whereas the 2016 Gear VR pinched my nose slightly, I didn’t feel any such discomfort from pinching with the 2017. 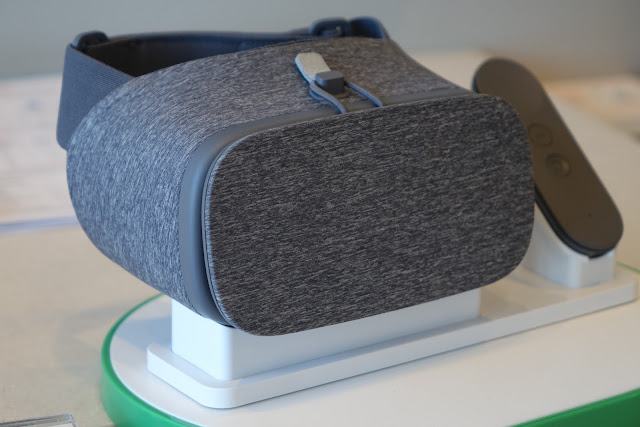 The addition of a motion controller to the Gear VR seems to have been an idea copied from the Google Daydream, which featured a motion controller at launch.  I don’t have Daydream (yet) but I’ve demo’d it a few times (my first hands-on impressions here).
Here are Daydream’s advantages over Samsung Gear VR:
– Daydream feels more comfortable because of its soft fabric exterior and its noticeably lighter weight.
– Attaching a phone to Daydream is easier
– Daydream’s face cushion is removable and washable.
– I also like how Daydream’s controller can be stored in the headset.
– Has a native YouTube app.

Here are Samsung Gear VR 2017’s advantages over Google Daydream:
– much larger library of games and apps
– much larger number of users (which attracts more software development)
– motion controller seems more responsive and has more buttons
– no light leak (on Daydream, ambient light is visible on the sides)
– adjustable diopter

Earlier this week, Google announced that this summer, Samsung S8 and S8+ will become Daydream-compatible.  The differences between Gear VR and Daydream would therefore be moot, at least for owners of S8 and S8+ (and future Samsung phones), unless for some reason they can only have one of the headsets. 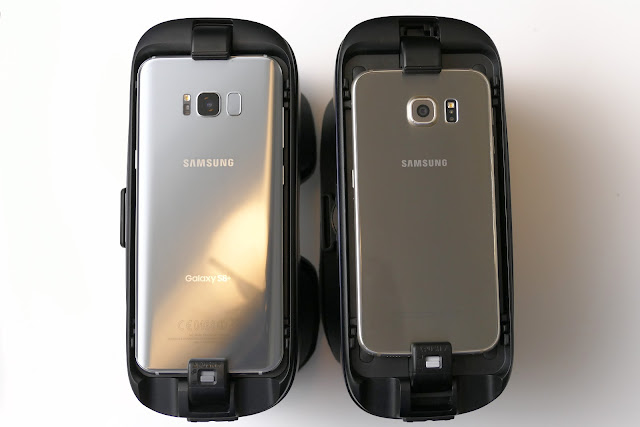 CONCLUSION
The motion controller on the 2017 Samsung Gear VR works very well and adds a lot of value to games that support it.  There aren’t so many games yet with motion controller support, but this will likely increase over time.  If you’re new to Gear VR, the 2017 is a no-brainer (over the 2016 or older Gear VR headsets), and in my opinion, it’s better than Google Daydream.

If you’re an existing Gear VR user, it’s good to know that the controller is backward compatible and can work even on an S6.  If you’re deciding whether to get the controller, I suggest reviewing the current list of motion controller games (several of which are free).  Some highlights include:

Dead and Buried (free with motion controller) – a fantasy / Western shooter based on the eponymous Oculus Rift game.  Nice graphics, but quite challenging.  I still like it a lot.
Drop Dead – an action shooter (if you liked games like House of the Dead, you’ll love this.).  Motion controls are perfect for this awesome shooter (one of my all-time favorite games for the Gear VR).
Esper 2 – use your telekinetic powers to manipulate objects to solve puzzles.  The addition of motion controls makes this game much more intuitive.

If you know you want a Gear VR but you are choosing between getting a Samsung S8 or S8+, either one is fine – the S8+’s larger screen won’t make a difference.  The benefit of the S8+ over the S8 when using the Gear VR would be the larger battery capacity.

Thank you very much for using the links above to support 360 Rumors at no additional cost to you so  I can do more reviews and tests for you!