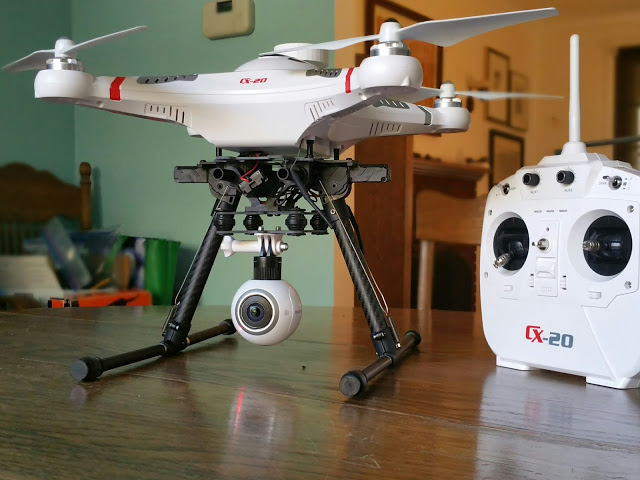 Check out this customized version of a Cheerson CX-20 drone with automatically retractable landing gear.

Martin Smith modified his Cheerson CX-20 by attaching a rubber-dampened mount for his Samsung Gear 360, then he added retractable landing gear so that the camera would have a clearer 360 view.

Here’s the video from this setup: