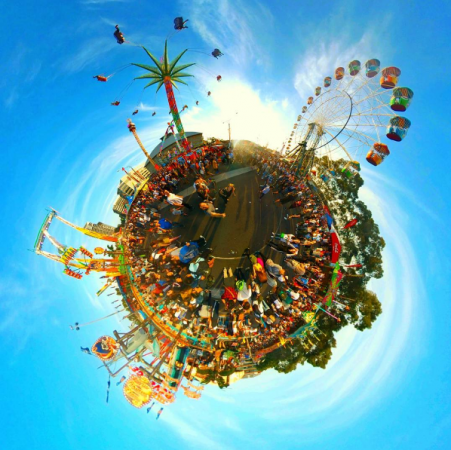 360 Basics is a new series for 360 camera beginners and novices. We all have to start somewhere, and there’s no better time to start than now.  I promise that the journey will be worthwhile.
You’ve seen those tiny planet photos and videos and perhaps have wondered how they’re done.  In this video tutorial, you’ll learn how, from my good friend Ben Claremont (Life in 360), one of the most recognized 360 photographers, and who is well known for his tiny planet photos and videos.
One of the most popular ways to use a 360 photo or video is to present it as a tiny planet photo (like the one above), or sometimes as an inverted tiny planet, usually called rabbit hole, like this one: 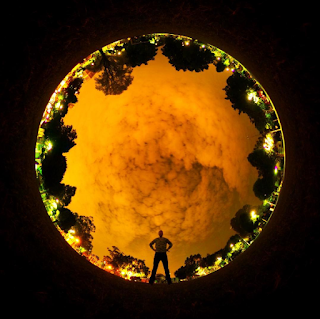 A few years ago, taking a photo like this was quite challenging.  However, 360 cameras changed all that, and made the capture process easier.  This allowed artists to focus on the creative aspect of 360 photography instead of being mired in the technical aspects of being able to capture and stitch a 360 photo in the first place.

Here’s Ben’s video tutorial on how to do tiny planets (he used a 2017 Gear 360, although the technique applies to any 360 camera):

If you liked the video tutorial, you should check out Ben’s eBook, Life in 360: a beginner’s guide to 360 photography.   You can also see more of Ben’s work, tutorials, and product reviews here:
Instagram
Facebook
YouTube

Best 360 Cameras for Beginners and Casual Shooters – Part 1: the simplest and easiest 360 cameras
Panohero: Capture 72mp 360 photos in just one minute with this easy and affordable panorama kit!
Comment