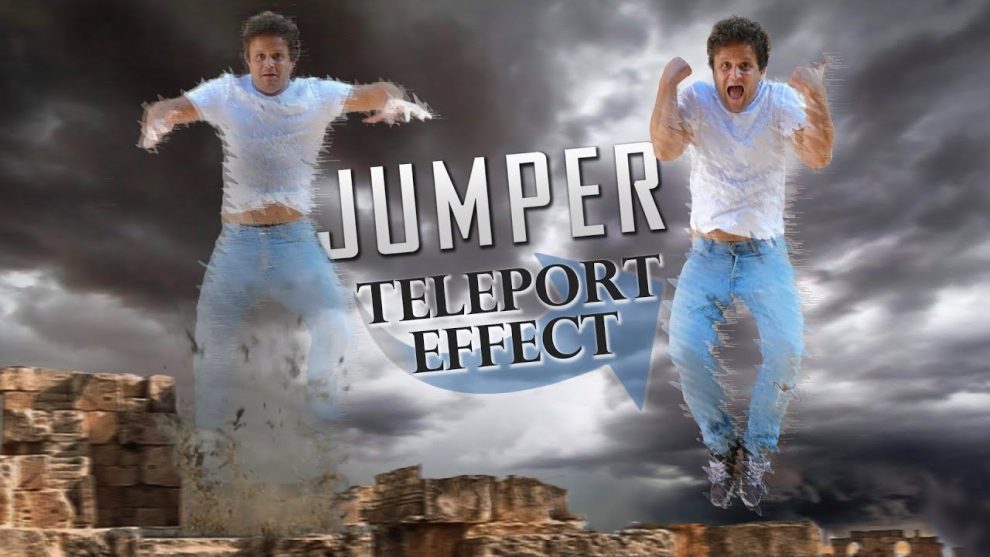 The usual way to create the teleport effect is simply to take two videos of a subject and mask the subject, similar to cloning.  The tricky part is when you want to show camera movement.  In that case, you’ll need a motorized slider that can move exactly the same way for each shot.  However, with a 360 camera, you don’t need a motorized slider.  You can leave the camera stationary, and pan the video electronically.  Here’s a tutorial by Gaba VR (he used the Insta360 One X but you can do the same effect with any 360 camera):

NEW! GoPro App reframing tutorial for GoPro MAX and Fusion
360 Camera Technique: How to Capture a Bike Video with Insta360 One X or other 360 camera
Comment