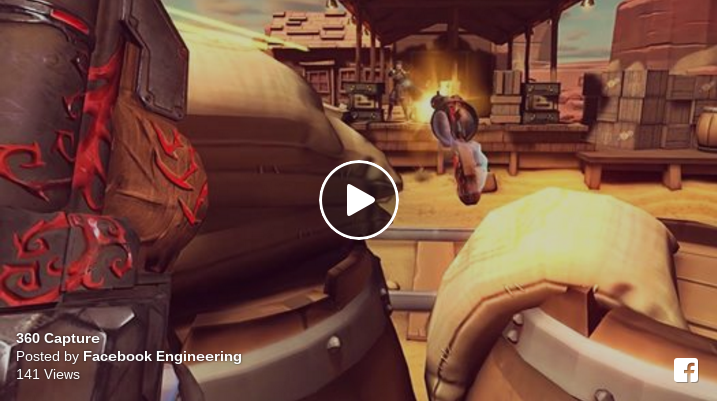 Soon, you will be able to do a 360-degree screen recording for VR games, thanks to the 360 Capture SDK just released by Facebook at F8!

One of the things I’ve lamented about VR is how difficult it is to convey what it’s like to be in VR.  Until now, YouTube videos of VR games have only shown the user’s point of view, making it look like a clip from Blair Witch Project.

Last year, NVidia’s Ansel 360 allowed players to take 360-degree photos within the game, like this 360-degree screenshot from Mass Effect by “Pazuzu” on Kuula.co:

Now, 360 Capture SDK takes that idea to the next step by enabling 360-degree video recording within VR games!  Here’s a video of the announcement:


Although 360 videos of games are still not the same as being in VR, they’re at least one step closer, hopefully helping people to understand a little better what VR is like.  I’m really looking forward to seeing games add this capability!


Here is the official announcement.

In the meantime, enjoy these 360 videos from Mobile Strike (which would be similar to the kind of videos made possible with the 360 Capture SDK):

NAB Show 2017: Move around inside a movie with HypeVR’s volumetric video capture!
Facebook is now in VR with Facebook Spaces! Here are my first impressions
Comment