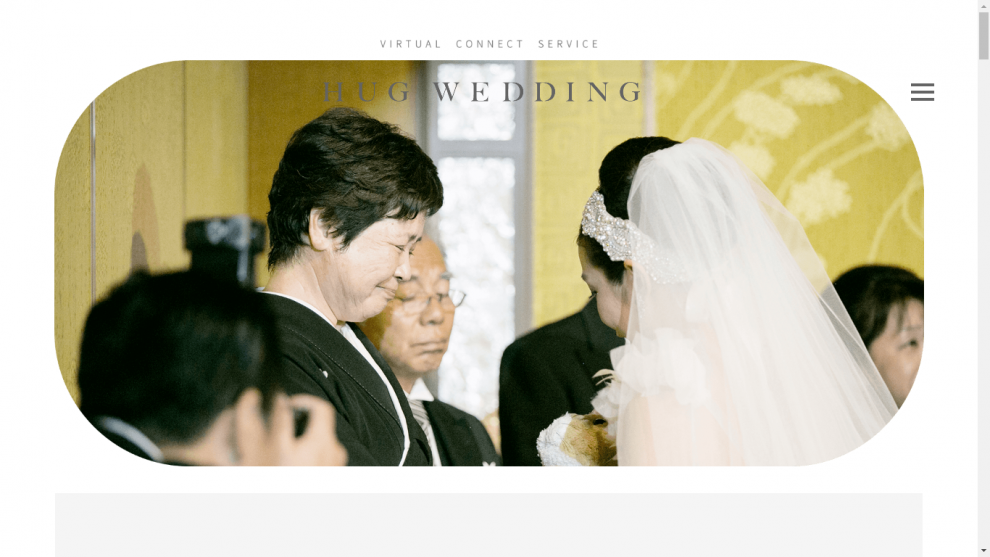 HugVR, a 360 live streaming service, announced that they would be focusing on weddings, and are re-launching as HugWedding.net.

HugVR was one of the first 360 live streaming services available.  They enabled users to live stream in 360 with the popular Ricoh Theta, and with other 360 cameras planned as well.  However, HugVR announced last week that they would be closing their service at the end of March, and would be focusing on weddings instead on HugWedding.net.

With the shift in focus, HugVR’s creators come full circle, since HugVR originally began as a way of allowing founder Norikazu Takagi’s bed-ridden grandmother to “attend” his wedding in VR.
In my opinion, weddings are a very good way to use 360 live streaming.  360 live streaming enables family and friends who cannot attend the wedding personally to nonetheless witness the wedding and perhaps even visit it virtually with a VR headset.
I don’t know yet if HugWedding.net is offering its service outside Japan.
In the meantime, if you are interested in live streaming, you might want to check out Insta360 Nano, Insta360 Air, and Giroptic iO.