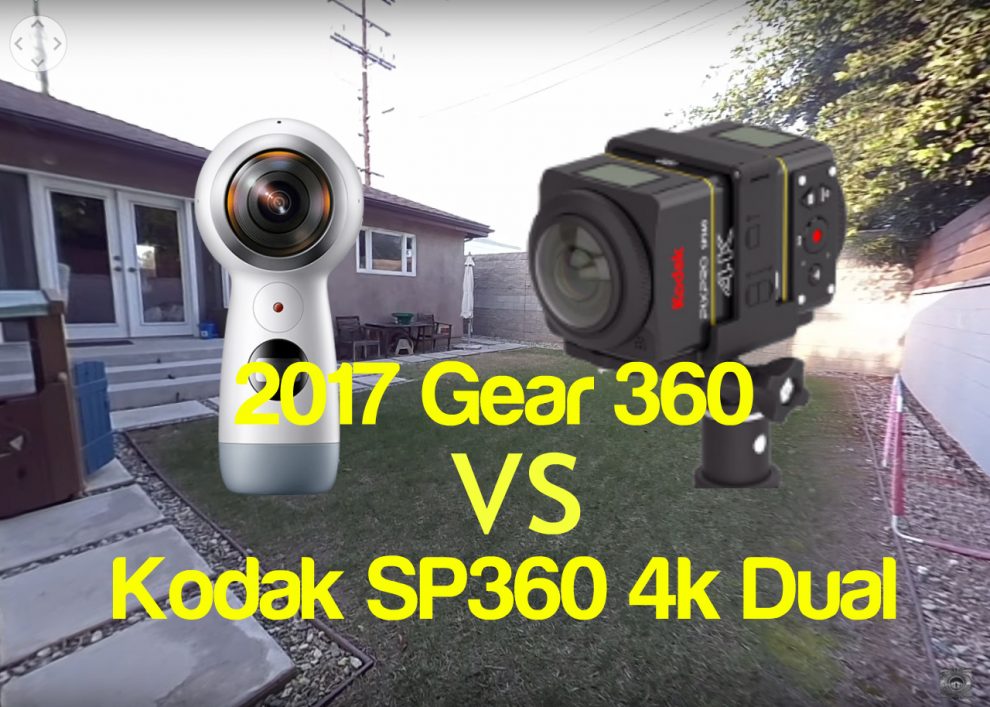 How does the 2017 Samsung Gear 360 compare against last year’s video quality champ?  Check out these comparison videos.

Here are screenshots (the bluish one is the SP360 4K).

For near objects, the SP360 4K Dual Pro was sharper and more detailed.

For distant objects, the SP360 was also more detailed.  In the SP360 sample below, you can see the texture of the far wall. 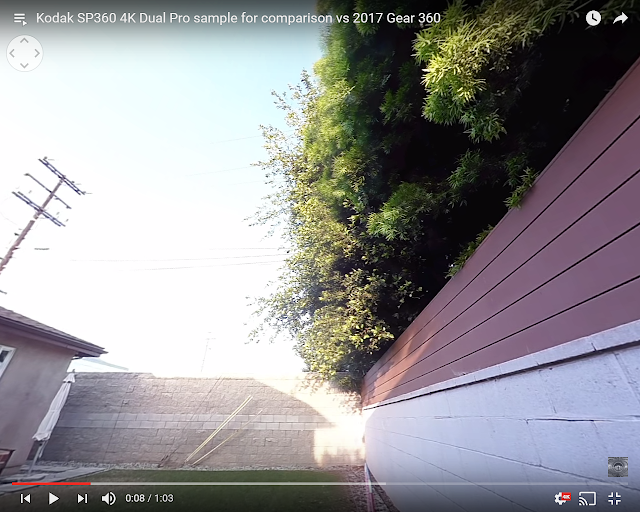 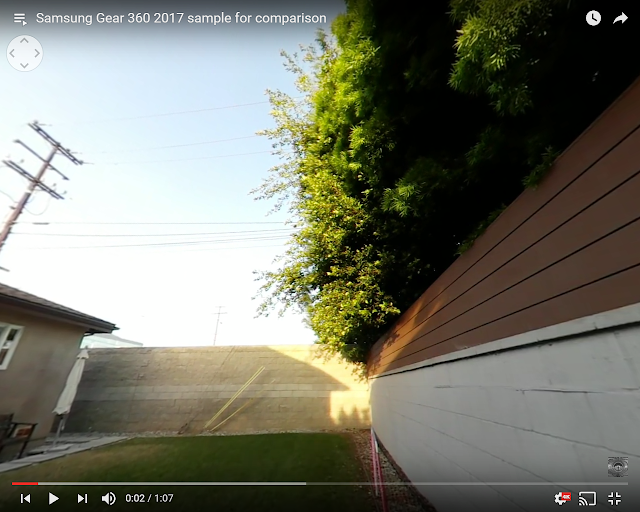 On the other hand, the stitching on the Gear 360 is far superior:
In summary, the Kodak SP360 4k Dual Pro appears to be sharper and more detailed than the 2017 Gear 360, but the Gear 360 has much better stitching, not to mention a much easier workflow with only one camera to manage (instead of two cameras, two batteries, two memory cards and two files).
The 2017 Gear 360 is now available on Amazon or on eBay.  The Kodak SP360 4K Dual Pro is available on Amazon or B&H Photo.