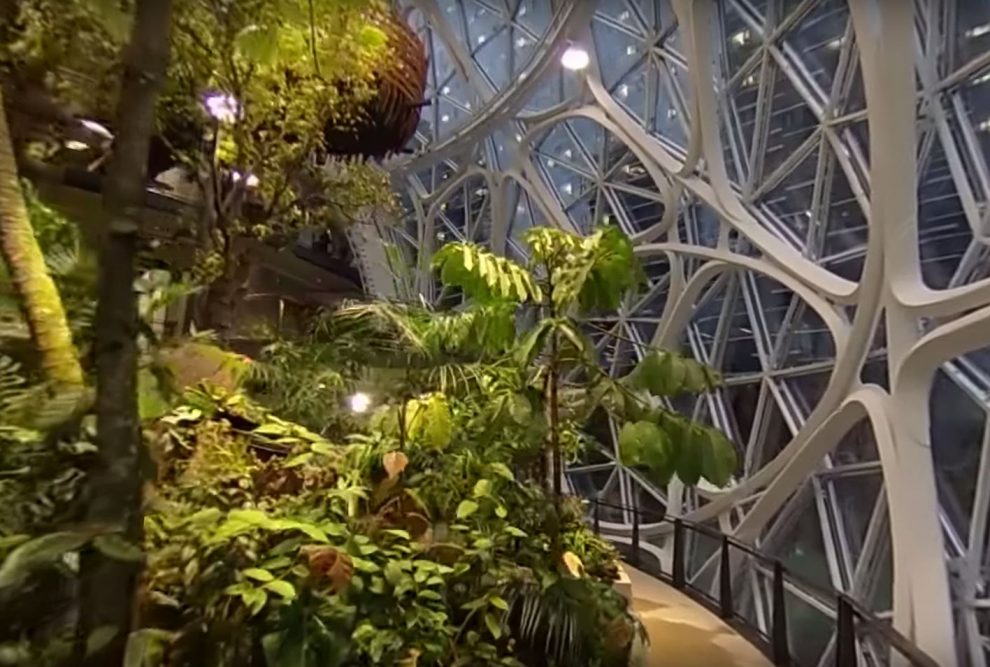 DPReview, the most popular photography website in the world, was invited to grand opening of Amazon Spheres, which are huge biospheres at Amazon’s headquarters.  Besides bringing a Canon 5D IV, they also used the occasion to test the Ricoh Theta V (reviewed here).

The videographer was Carey Rose, who himself admits that he is new to 360 but I thought the video looked good.  Here is the video:

I’ve been a fan of DPReview since 2007 but when I started using 360 cameras in 2015, I found that DPReview’s members tended to be dismissive of 360 cameras, which is why I haven’t gone there much.  In fact, I created 360 Rumors precisely because DPReview and its members appeared to have little to no interest in 360 cameras.   Fast forward to 2018, and little by little they are putting out more articles about 360 cameras.  However, to date, DPReview has not yet written one of its famously detailed reviews for any 360 camera.   But it’s our job as more experienced 360 shooters to educate DPR’s members, because like it or not, DPR is the most popular digital camera website in the world and it’s a way for us to reach a wider audience.

All Things 360: Interview on CES 2018 360 camera trends and more (see the video)
The First Insta360 Legend Awards: and here’s the entry I’m voting for
Comment