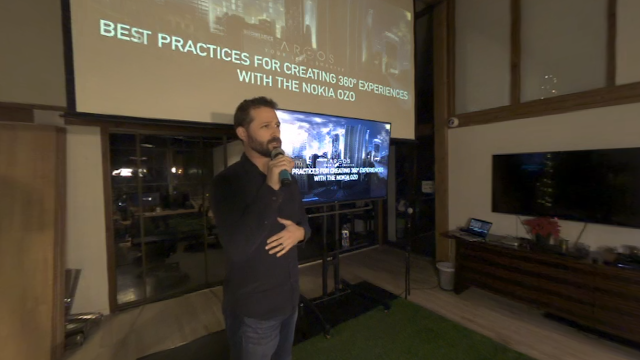 The class was livestreamed in 360 on YouTube with two Nokia OZO cameras.  If you missed the class, you can watch it here:

There will be a second masterclass today at 630pm Pacific Time, entitled “How to Live Stream a Concert in VR,” by Juan Santillan, CEO & Founder of vantage.tv.