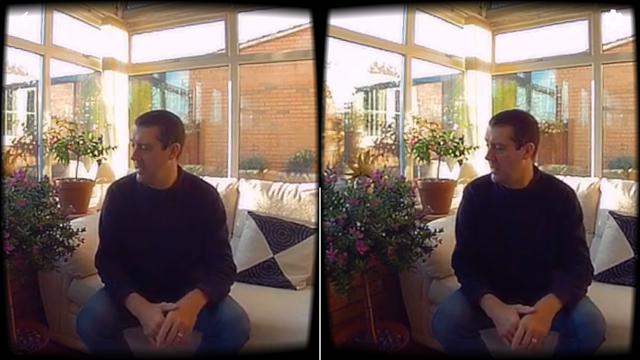 The Brahma Duet is a two-camera spherical 360 rig with 4k resolution.  Its creator Steve Jones combined two rigs to capture 3D 360 video in 4k with pretty good results.  Check out the sample video!

It turns out that when two Brahma Duet rigs are placed next to each other, the interpupillary distance (IPD) is 63.5 mm, the same as the IPD of an average person.

The sample 3D 360 video from the Brahma Duet has very good detail and the 3D effect looks natural.  The only drawback is that you can see the lens of the other camera in this prototype.  However, Steve said he will be working on a fix for that.

Here’s the sample video (to see it in 3D, you need to view it on a smartphone and click on the Cardboard icon).

The Brahma Duet is available directly from Brahma360.com.