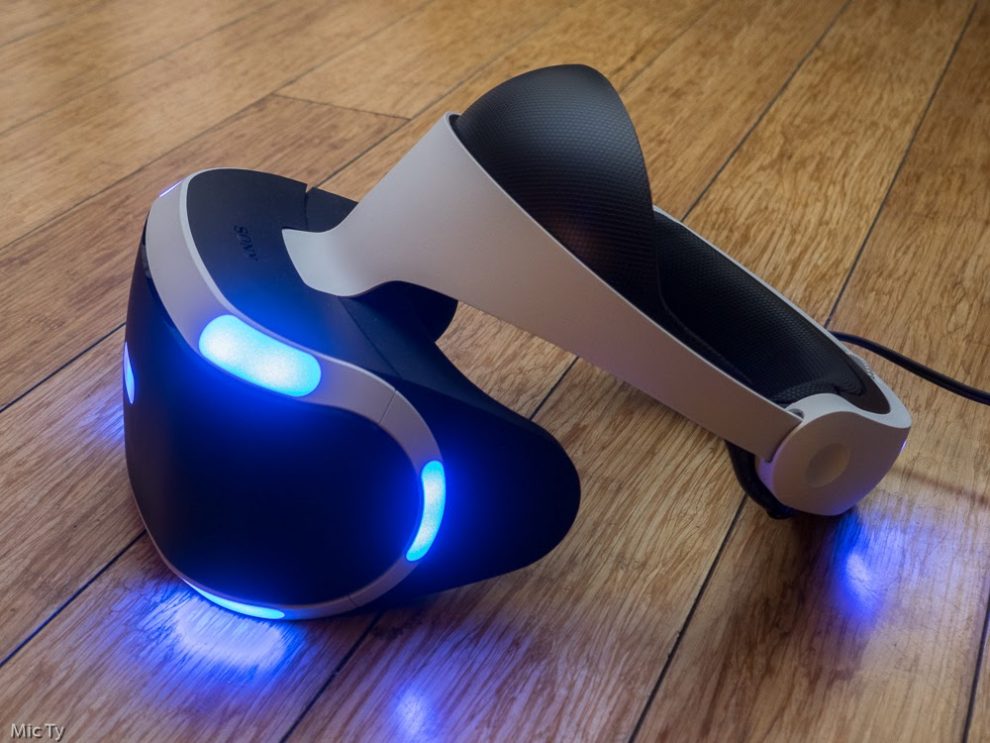 You may be able to watch 3D Blu-Ray discs with your Playstation VR as early as tomorrow, according to an email from a Sony tech support staff member.

In early February, Sony released a beta version of its Playstation 4 firmware version 4.50 which among other things added the ability to play 3D Blu-Ray with Sony Playstation VR ($399; reviewed here).  Now, an email from Sony tech support to a Redditor says that the firmware will be rolled out to the public tomorrow March 7, 2017.  Here’s the email, provided by Redditor /u/Finch-Tech (see the top where it says “With the release of System Software 4.5 tomorrow…”): 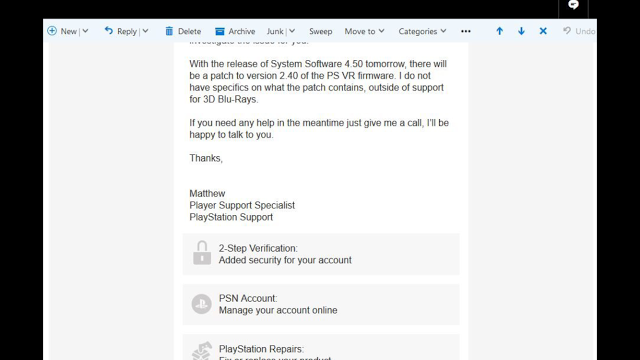 I didn’t get selected for the beta firmware so I am really hoping this is indeed rolled out tomorrow.  I have a couple of 3D Blu-Ray discs that I’m looking forward to watching on a giant virtual screen…! 😀