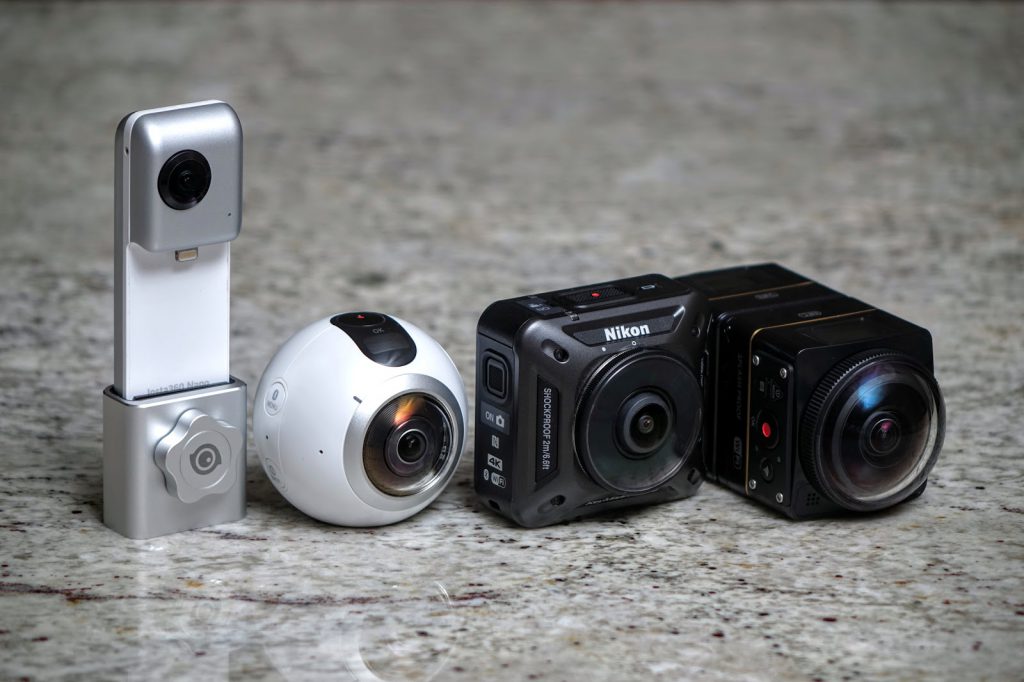 BACKGROUND
360 videos require very high resolution because the user is only looking at a crop of the video at any given time.  For fully spherical 360 consumer cameras, the highest available resolution is 4k (generally 3840 x 1920 or 4096 x 2048 for 360 videos). 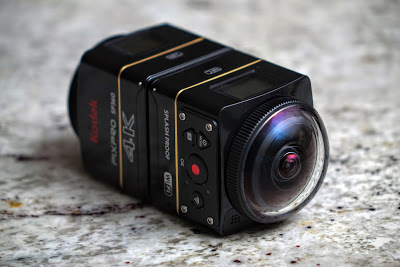 The Kodak SP360 4k Dual Pro ($899) was the first spherical consumer 360 camera to be capable of 4k resolution.  Technically, it is actually a rig, not a camera, because it consists of two SP360 4k cameras back to back, whose output must be stitched by the user.  This adds to complexity but also makes it possible to use it in ways that other all-in-one 360 cameras can’t, such as 180-degree 3D capture, or fully spherical aerial 360 videos without the drone in the shot. 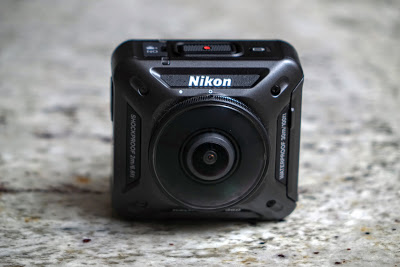 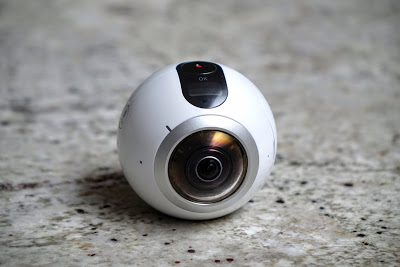 The Samsung Gear 360 ($350) is the most affordable 4k-capable 360 camera.  However, it only connects with the latest flagship Samsung phones (Galaxy S6 and above). 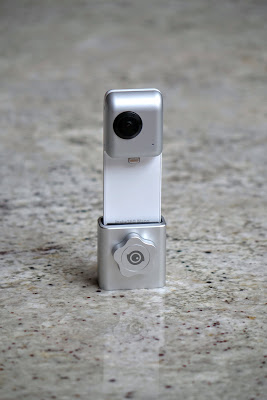 The Insta360 Nano ($199) has a slightly lower resolution than the other cameras in this group, but it is far more affordable than any of the other cameras here.  However, the Nano works only with the iPhone 6 series or iPhone 7.

VIDEO QUALITY COMPARISON
Here is a playlist with videos from all the cameras, including a sharpened and a non-sharpened version for the SP360 4k,

Here are crops from each video showing performance at the middle of the lens (where lenses tend to perform better), both at near and far distances, and at the side of the lens (which usually are more blurred), also both near and far.  Please double-click to see larger versions.

Middle of lens – near: very good detail, although you can see sharpening artifacts and some compression artifacts. 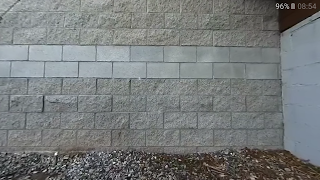 Middle of lens – far: even at far distances, the Nano maintains pretty good detail.  You can somewhat make out the horizontal lines on the shed near the slide. 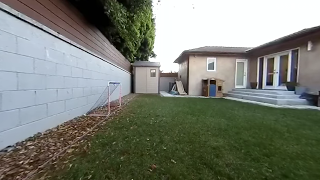 Side of the lens – near: the Nano still looks ok at the periphery of the lens at close distances.  As for the stitching, the camera does as well as can be expected given that its lenses are offset and thus at different distances. 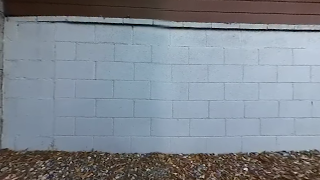 Side of the lens – far: the area near the stitch line looks blurred. 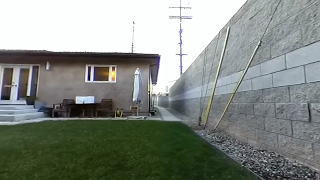 You can see some chromatic aberration and purple fringing: 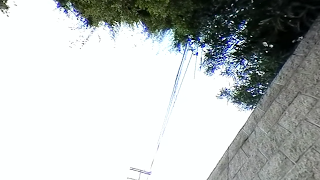 Middle of lens – near: looks pretty good in the very middle area of the lens. 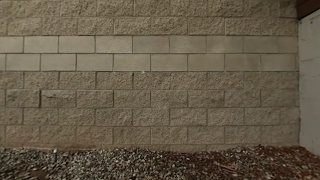 Middle of lens – far: beyond a moderate distance (farther than the soccer goal), the Gear 360 doesn’t capture much detail.  You can’t see the texture of the grass at that distance, much less the lines on the shed. 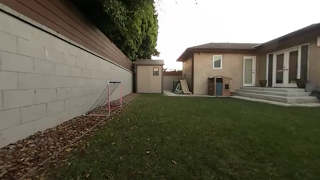 Side of lens – near: stitching looks natural. 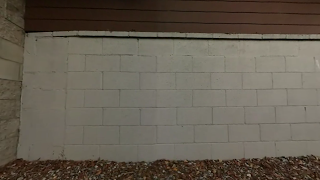 Side of lens – far: while there is less detail than the middle of the lens, the Gear 360’s sharpness from the side is better than either the Insta360 Nano or the Keymission 360.  In addition, the stitching still looks natural. It is the only camera in this group that was able to get a smooth stitch for both a near object (the wall) and a far object (the side of the house). 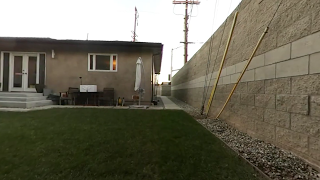 Looking directly overhead, you can see one of the Gear 360’s issues which is that sometimes there is a difference in color between the two lenses (the left side looks purplish while the sky on the right side looks cyan).  On the other hand, there is no chromatic aberration. 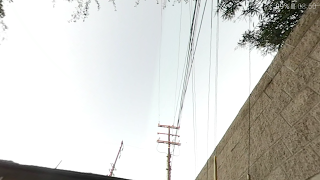 Nikon Keymission 360:
Note: for the Keymission 360, I turned on Active D-Lighting, which underexposes slightly to capture more highlight detail and digitally boosts exposure to compensate for the underexposure.

Middle of lens – near: the Keymission looks detailed in the middle of the lens. 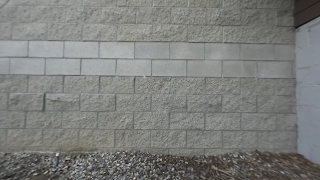 Middle of the lens – far: the Keymission has the most detail, edging out the SP360 4k slightly (see below). 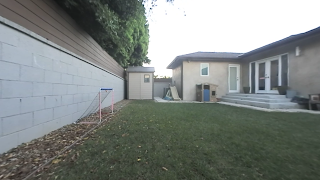 Side of the lens – near: decent level of detail, natural looking stitch. 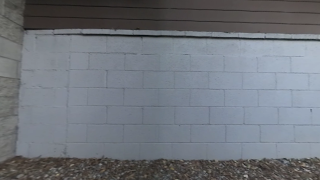 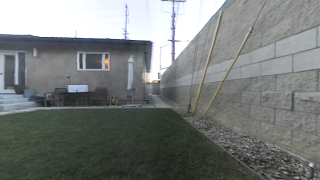 Directly overhead, we can see the Keymission 360 was able to retain more highlight than the other cameras.  We can also see some slight chromatic aberration. 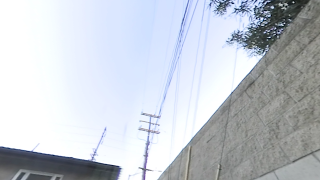 Kodak SP360 4k without sharpening:
Middle of the lens – near: not surprisingly, the SP360 4k looks detailed. 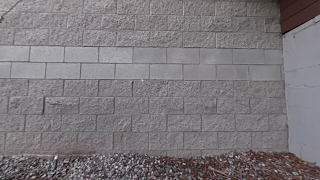 Middle of the lens – far: even for farther objects, the SP360 4k looks detailed.  It is only very slightly edged out by the Keymission 360 for detail at the middle of the lens. 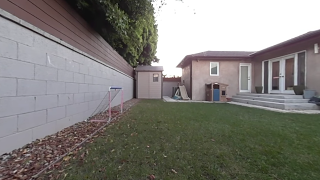 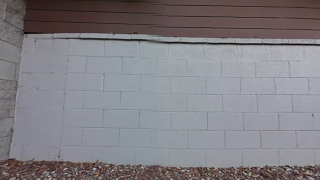 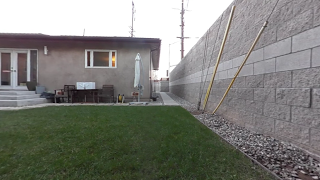 Looking directly overhead, we can see the SP360 shows no chromatic aberration. 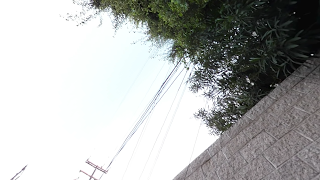 Kodak SP360 4k with sharpening
Kodak’s stitching software allows you to adjust the appearance of photos and videos, including sharpness. Here is the same SP360 video but with sharpness increased using the SP360’s software, which makes the SP360 video look noticeably sharper. 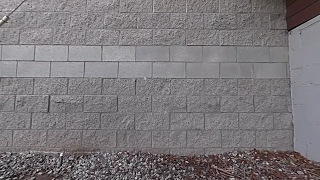 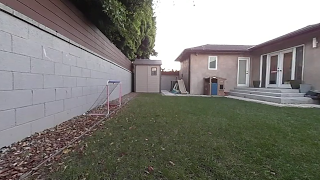 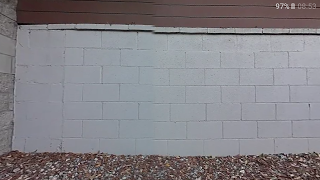 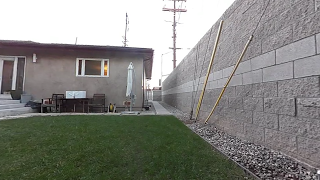 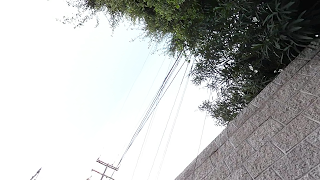 Because of the SP360’s excellent detail at the middle of its lens and its best-in-class detail at the side of the lens, and because it does not have significant optical issues, I conclude that the SP360 has the best overall video quality in this comparison.  However, even the SP360 is not perfect.  For example, stitching is harder than the other 360 cameras in this group due to parallax.  In addition, in some cases, its two cameras capture different colors and/or exposure.

WORKFLOW COMPARISON
Besides the image quality, it is also worth looking at the workflow required for using these 360 cameras.
NIKON KEYMISSION 360
The Keymission has the simplest workflow because its 360 photos and videos are stitched in-camera in standard JPG and MP4 format.  The workflow for 360 video is:
1. Download the mp4 from the camera either to your phone or desktop.
2. Optional: edit the video.  The Keymission’s mobile app has a simple editor for trimming the video and adding a soundtrack.  Alternatively, you can edit on any video editor.
3. Upload the video to YouTube and it will be recognized as 360.  One issue is that the Keymission didn’t put complete 360 metadata.  Therefore some apps or viewers such as Facebook might not recognize the 360 video as such, in which case, you’ll have to use the YouTube 360 metadata injector.
INSTA360 NANO
Insta360 Nano also stitches its 360 photos and videos in camera, making it unnecessary to stitch them yourself.  However, they are saved in proprietary INSP and INSV format, which must first be converted to use it with standard 360 apps and viewers.  The workflow for 360 video is:
1.  Download the INSV from the camera, either to your phone (with the Insta360 Nano app) or to the desktop (Insta360 Studio app for Windows or Mac).
2. Optional: edit the video (with the Insta360 Nano app or Insta360 Studio desktop app).
3.  Export/convert the INSV video to MP4.
4.  Upload the exported video to YouTube or other 360 apps or viewers.
SAMSUNG GEAR 360
The Samsung Gear 360 doesn’t stitch its photos or videos in camera, so you’ll have to stitch them on your desktop.  You can also stitch them on a phone but if your phone is older than the S7 series, the resolution will be limited.  The workflow for 360 video is:
1.  Download the video from the camera to your S7 or to a desktop.
2.  Stitch the video on the S7 or on the desktop (with the included Action Director for Windows or a third party software such as AutoPano).  Stitching is highly processor intensive and can take a while depending on how fast or slow your processor is.
3.  Optional: edit the video using Action Director.  You can also edit with a non-360 editor but you’ll have to add 360 metadata afterward.
4.  Upload stitched video to YouTube.
KODAK SP360 4K DUAL PRO
The SP360 doesn’t stitch its photos or videos in camera, and you have two cameras and two memory cards to deal with.  The stitching process is not hard but takes more steps, and there is a greater chance of failure.  For example if even one of the memory cards fails, then the video will likely be unusable.
1.  Copy Camera A’s file to the desktop (ideally to its own folder).
2.  Copy Camera B’s file to the desktop (ideally to a separate folder).
3.  Open the files on the stitching app.  You need to make sure to choose the matching files.
4.  Stitch the video.  As with the Gear 360, stitching is processor-intensive and can take a while, depending on your CPU.
5.  Optional: edit the video using Kodak’s separate video editing app.
6.  Upload the video to YouTube.
SUMMARY
All of these cameras are very good (though none are perfect), and the best one for 360 video depends on your needs and priorities:

If you found this comparison helpful and would like to buy one of these 360 cameras, I would highly appreciate it if you could consider purchasing through our Amazon affiliate links below, which would support 360 Rumors at no cost to you so I can do more reviews and tests of these and other 360 cameras and accessories! Thank you very much!