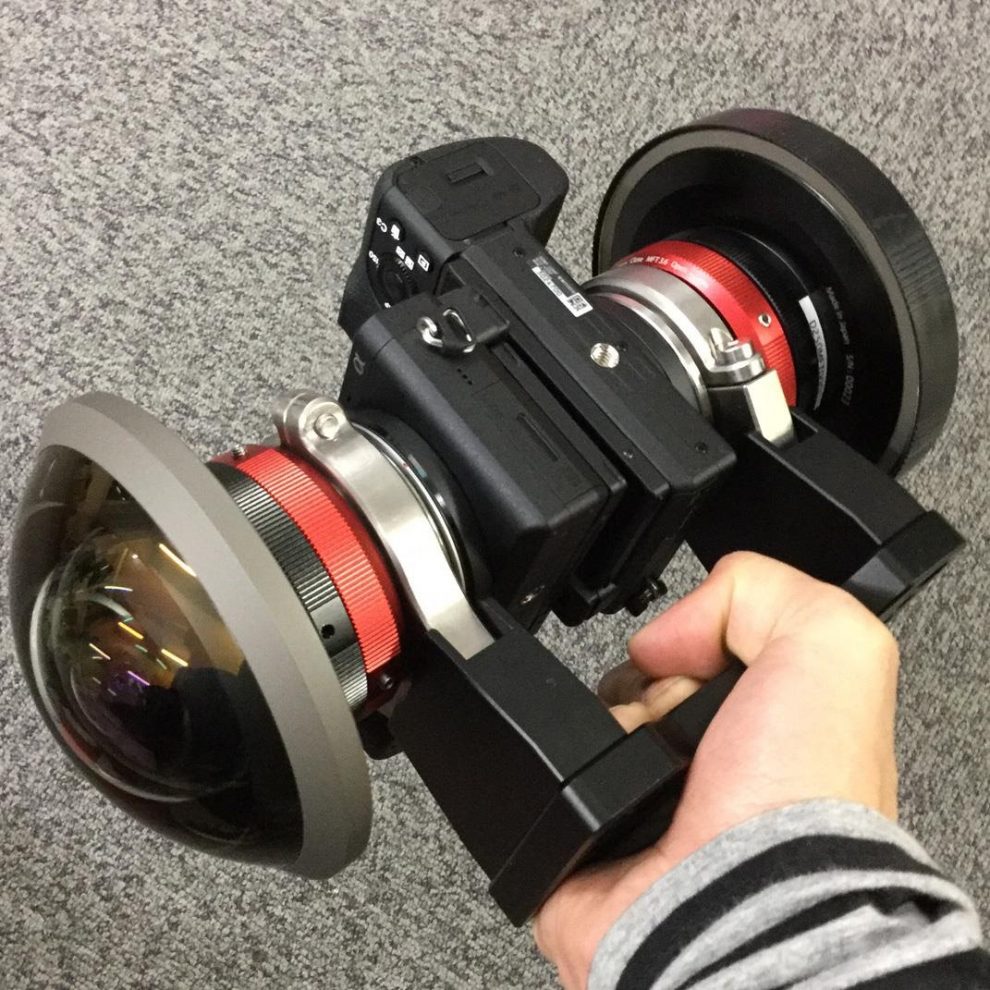 Entaniya showed their new 360 camera rig based on the Sony a6500 and their Entaniya 250 lens.

The Entaniya 250 lens by Entapano is a 250-degree fisheye lens designed for Micro Four Thirds sensors, which are much larger and have better image quality than the sensors in GoPros and other action cameras typically used in 360 camera rigs.  Here is a sample 360 video with the Entaniya 250 and the Panasonic GH5.

Entapano has created a new version of their Entaniya 250 for use with two Sony a6500 mirrorless cameras, which have an even larger APS-C size sensor.  They have created two rigs for the a6500.  The first rig placed the a6500 side by side and used the Entaniya 250 MFT 3.0 lens:

Entapano created a second rig that places the two a6500 cameras back to back, and used the Entaniya 250 MFT 3.6, which has a larger image circle than the 3.0 lens used for the side-by-side rig:

Here is a sample 360 video by Entapano, shot with the a6500 rig with the side-by-side configuration:

Here is a sample video with the back-to-back configuration: