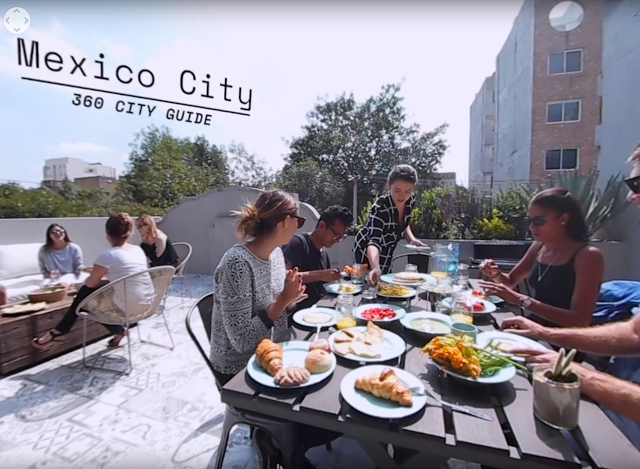 Check out this 360 video tour of Mexico City by Oasis, a home rental service, which was captured with a Samsung Gear 360 (reviewed here).

Oasis is a home rental service that serves over 20 major cities around the world.  They are launching a campaign to showcase the beauty of these cities using 360-degree videos, which provide a unique perspective that immerses viewers in a way that conventional videos cannot.

Here is the first video in the series, with a spotlight on Mexico City:

Oasis will roll out 360 videos for all their cities and also make them available in an app that can serve as an immersive travel guide.  To produce the video series, Oasis hired Spectacle VR.  Creative Director Peter Martin used the new Samsung Gear 360 to produce the videos.

360 videos are a natural fit for the travel industry.  “The 360 video platform allows us to tell the brand’s story in a creative and immersive way,” says Oasis CEO & Founder Parker Stanberry.  “The videos present an exciting opportunity to be in the driver’s seat and explore these fascinating cities without having to hop on a plane.”

DEALS: 50% off CyberThreat, an open-world VR shooter for the HTC Vive
8 Reasons why Google’s Daydream might not be as good as Samsung Gear VR
Comment