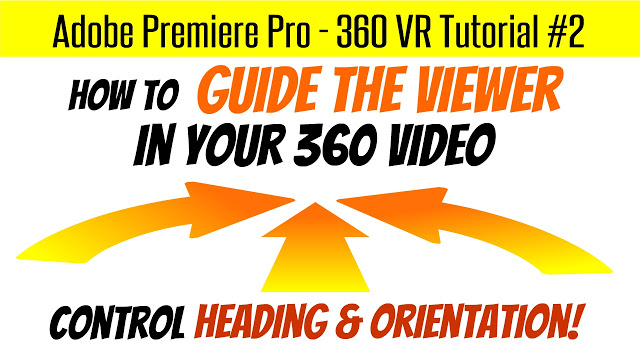 360 videos give the viewer total freedom to look around, but sometimes viewers can get “lost” and not know where to look.  In this tutorial for Adobe Premiere Pro, we will learn to guide the viewer’s attention by controlling the heading and orientation dynamically as the video plays.  This technique can also be used to fix “drifting” in Xiaomi Mi Sphere and other gyro-stabilized 360 cameras or even gimbals.

Here is the video tutorial (it’s a playlist so you can see other videos on the playlist):

GAMIFY YOUR 360 PHOTO: How to BOOST engagement by turning your 360 photo into a simple puzzle (free software)

How to make the Guru 360 gimbal almost invisible: 360 video demo and tutorial
Virb Edit is the best free 360 video editor, with features not even included in paid apps
Comment