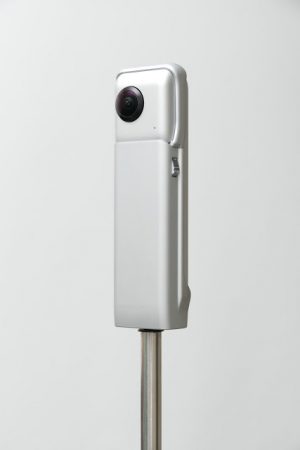 There’s a new third party tripod mount for Insta360 Nano that could be even better than Insta360’s own Nano Mount tripod adapter.

The Aobelieve Security Mount ($13.99) is a tripod mount designed specifically for the Insta360 Nano.  Instead of a clamp like the Nano Mount, it secures the Nano between two plastic pieces that are molded to fit the Nano’s contours. 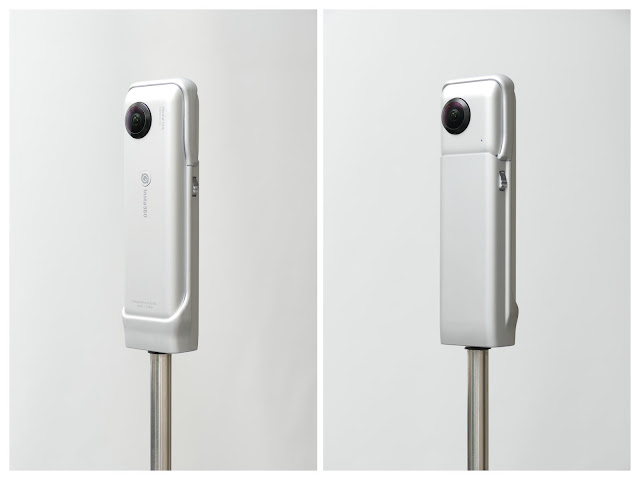 I saw the Aobelieve a few weeks ago on Amazon but it was quickly sold out before I could even buy it, and it was not sold anywhere else.  Fortunately, it came back in stock and I snapped it up immediately. 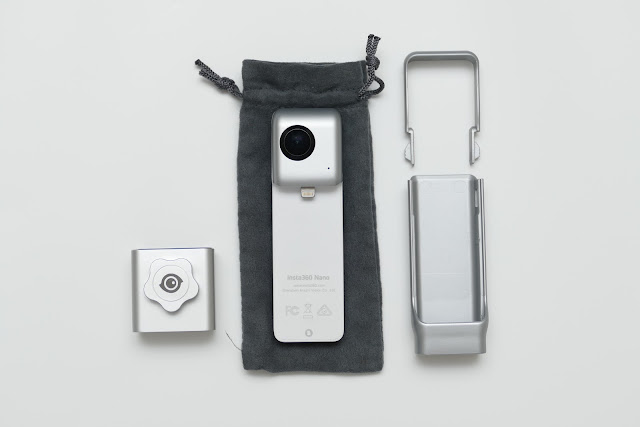 The Aobelieve is made of lightweight plastic, with a silvery finish to match that of the Nano.  The bottom has a metal standard 1/4-20 tripod insert.
To attach it, you place the top part over the Nano’s head then you slide the bottom sleeve over the Nano’s body.  The top part clips onto the bottom sleeve securely.  I do mean securely, as you’ll see below.
Besides holding the Nano securely, one of the advantages of the Security Mount is that it is completely invisible to the Nano.  Here is how its nadir looks, in comparison to that of the Insta360 Nano Mount tripod adapter (reviewed here). 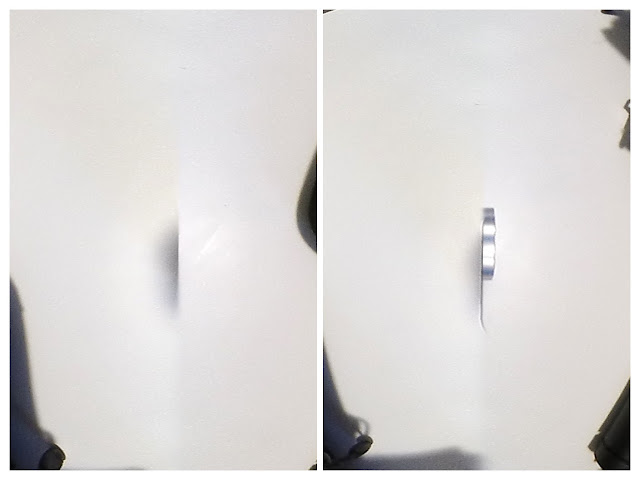 BTW, at $13.99, it also costs much less than the Nano Mount ($30), which is prone to having its price inflated by resellers whenever the supply dwindles (sometimes the price climbs to an unconscionable $70).
On the other hand, the Security Mount does have a couple of disadvantages.  First, compared to the Nano Mount, it’s not as easy to attach the Security Mount. It could be tricky if you’re wearing gloves, for example.
More significantly, it is very difficult to remove the Nano from the Security Mount.  Once clipped together, it takes a herculean effort to unclip the two parts.  They really should just rename this the Pitbull Mount.  I can guarantee it will hold the Nano no less securely than the effin Jaws of Life.
The other disadvantage is that it is very lightweight.  Whereas the solid aluminum Nano Mount has substantial weight and can be used as a tabletop stand for the Nano, the Security Mount is very light and the center of gravity would be high near the Insta360 lens, and it is vulnerable to being tipped over by accident.
To mitigate these disadvantages, I filed off a little bit of the clip to make it slightly easier to pull apart.  As for the weight issue, I attached glued some lead weights from my son’s pinewood derby car kit, which were flat enough that they did not make it any harder to insert the Nano.
RECOMMENDATION
So, which would I recommend for a tripod mount for the Nano?  If you have the strength to use the Aobelieve, that’s what I would recommend because of its invisible profile and yes, its security as well.  But if you work a lot with gloves, or you have carpal tunnel syndrome or something, I would stick with the Nano Mount.The Aobelieve is available here.  There are variants here that include other accessories, at a higher price.  The Nano Mount is available here.

How to turn your Insta360 Air or Nano INVISIBLE in your 360 video (also works for 360 photos)
Guru Air 360 price increase coming; get it at the lowest price!
Comment