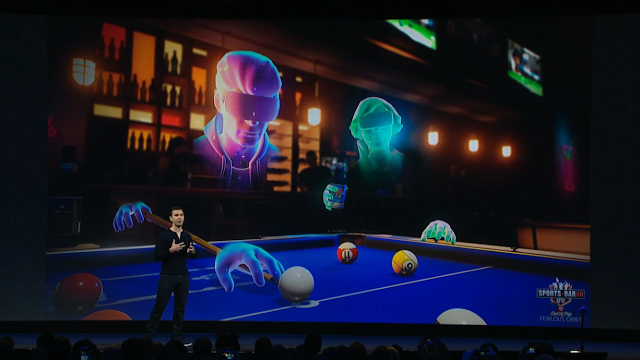 Oculus Avatars, which were demo’d at Oculus Connect 3, are now ready and will likely launch on December 6 with Oculus Touch.

Avatars for Oculus Rift are similar to avatars used for other game systems such as Xbox and Nintendo, except that they are more realistically modeled, and your hands and to some extent fingers are tracked, making it possible to make natural gestures such as pointing, or a thumbs-up sign.  When Oculus announced Avatars at OC3, they only said that they wanted to make it available as soon as possible, but did not give a specific date for its release.

However, Oculus recently rolled out version 1.10 of their SDK, which included Avatars.  Here’s a video from an Oculus developer showing Avatars:

The only thing that’s needed for Avatars to work is Oculus Touch, which is being released on December 6.  Therefore it appears that Avatars will be launching as soon as Touch becomes available.

Oculus Rift SDK 1.10 also includes asynchronous spacewarp (also included in 1.9 and in the runtime beta) and the Guardian virtual fence (Oculus’ version of the Vive’s chaperone).  These features will also likely be included when Oculus Home is updated when Touch launches.

Gala360 is a free app for exploring and sharing 360 photos on Gear VR, Daydream and Cardboard
DigitalRev reviews the Nikon Keymission 360
Comment