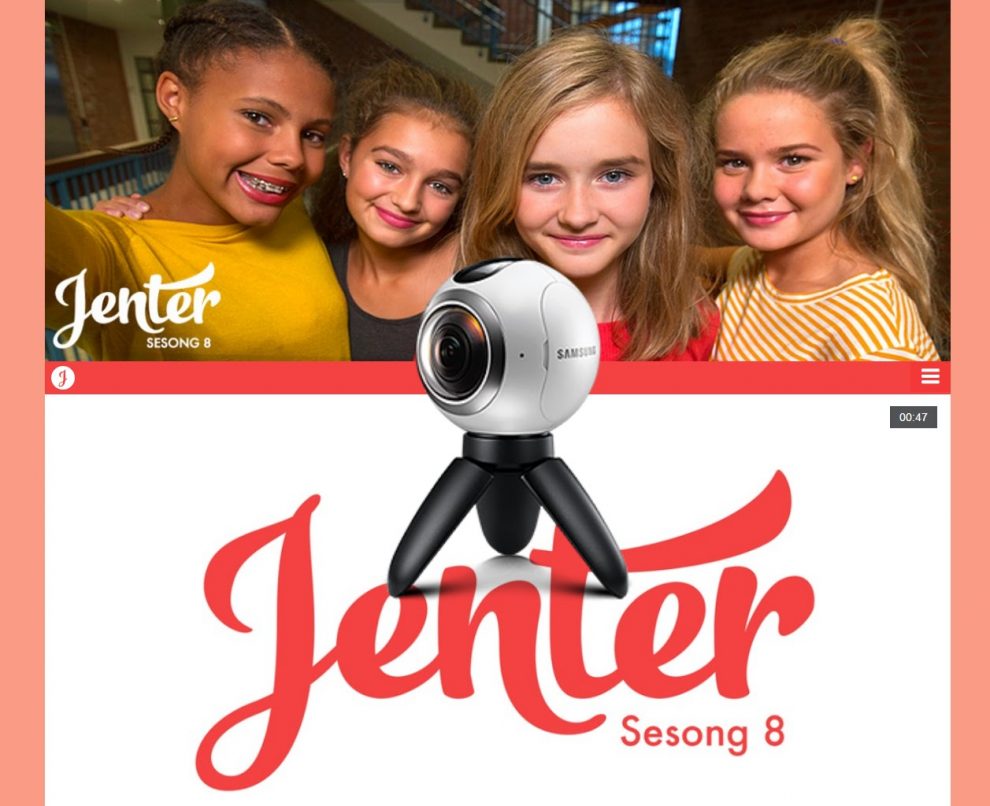 Check out this a behind the scenes look on how a studio used a Samsung Gear 360 ($250; reviewed here) to create a 360 video for a Norwegian TV series, and how they solved the technical challenges along the way!

Jenter is a popular TV series in Norway about teenagers in junior high school.  To promote the series, NRK studio created a promotional video showing a day in their high school from the perspective of one of the characters in the series.  Interestingly, they created two versions of the video: a conventional non-360 video, and a 360 video.  You can see the non-360 video here.  And here’s the 360 video:

Svend Even Hærra is a director, cinematographer, and editor, and he was the director of photography for this project.  He and his team encountered several technical challenges in creating the 360 video. For example, one issue was how the camera would be positioned.  Rather than having the actress wear the cameras as is the usual approach for first-person perspectives, they decided that the cameras would be carried by the actress with a pole (not a selfie stick) for balance: 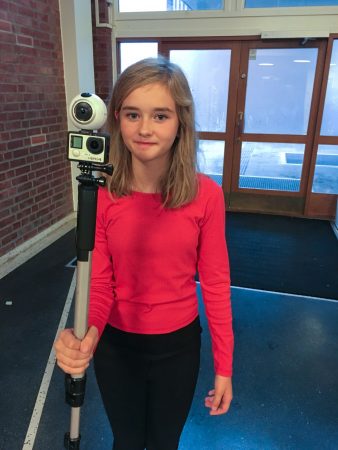 To make the camera and the pole invisible to the viewer, the actress wore a glove: 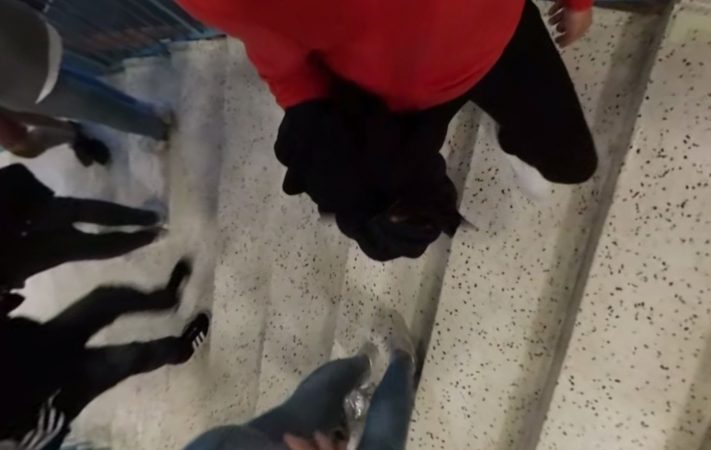 The effect is as though the Samsung Gear 360 is hovering in front of the actress and following her throughout the video.  To see what other technical challenges the studio encountered and how they solved them, check out Svend’s fascinating in-depth article here (the article is in Norwegian, but Google Translate works well for it).  You can follow Svend on YouTube, Instagram and LinkedIn.