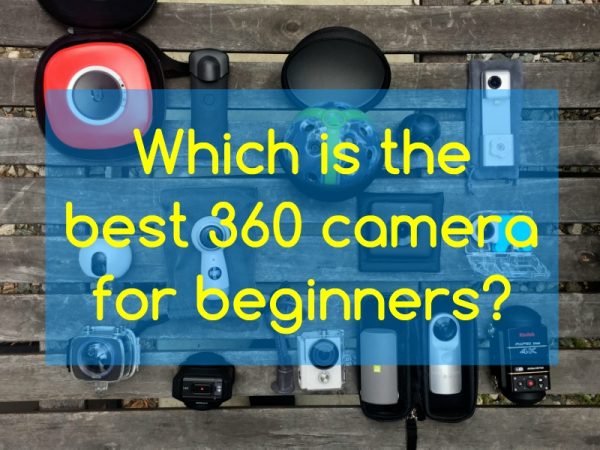 If you’re looking for a 360 camera for a beginner, here are the ones I would recommend for ease of use.  I’ve also linked to among the most comprehensive hands-on reviews you will find anywhere, not just a mindless regurgitation of a spec sheet.
INTRODUCTION: HOW 360 CAMERAS WORK
360 cameras work by having two or more lenses take photos or videos at the same time.  The photos and videos then have to be combined into a whole (this process is called “stitching“). 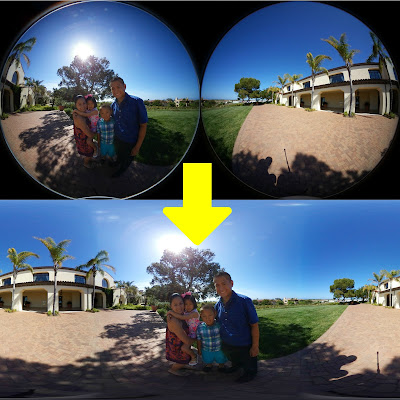 The farther the distance between the lenses, the harder it is to stitch smoothly.  Some cameras are also better at stitching (with less obvious stitches) than others.  The process is usually automatic, although a few cameras allow stitching to be customized.
After stitching, a 360 photo or video needs one more step: it needs special information in the file so that viewing software will recognize it as a 360 photo or video.  That special information is called “360 metadata” (or 360 photosphere metadata).  The 360 metadata follows a standard format called Photosphere XMP Metadata.  Note: There are 360 sharing sites such as kuula.co and roundme that will accept photos or videos without 360 metadata but the majority require 360 metadata.


CHOOSING A 360 CAMERA FOR BEGINNERS AND CASUAL USERS
In evaluating which 360 cameras are best for beginners and casual users, I determined the number of steps needed to make a file “shareable” (i.e., stitched and with the proper 360 metadata, ready for upload).  In my opinion, this is probably the most important criterion for beginners, and is more important than sheer image quality or even price.  If it takes too many steps to make a photo or video shareable, then a beginner would be discouraged and likely won’t use the camera.

In this post, we’ll discuss the first group: the 360 cameras that are the absolute easiest to use.

GROUP 1: ABSOLUTE EASIEST TO USE.  The sole criterion for this category is that the user doesn’t have to do anything for stitching and that the photos and videos are ready to share immediately. 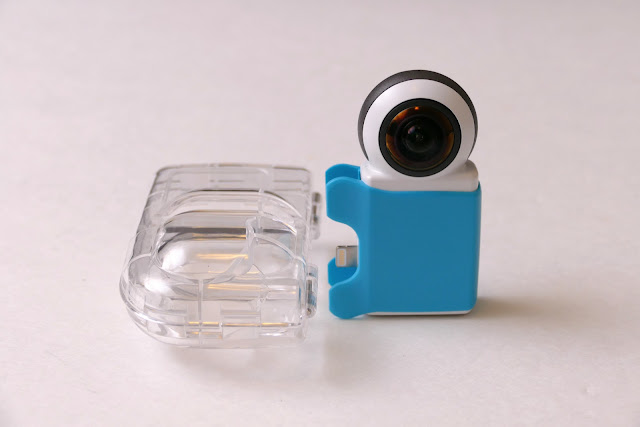 The absolute easiest 360 camera I’ve ever used is Giroptic iO ($249; first impressions here).  Android version here (either in Micro USB or USB Type C).
The Giroptic iO attaches to your smartphone (available for either iPhone or Android), so you can use your phone as a large touchscreen with live preview, and as soon as you take a photo or video, it’s ready to share with your phone. 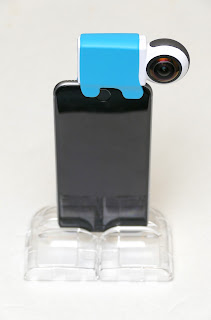 Moreover, the Giroptic iO also has wireless live streaming.  Unlike other buggy 360 cameras, the iO’s app is polished and it works smoothly, without frustration.

Number of steps to get shareable photos or videos: 0.  Photos and videos are saved into your phone’s memory, in shareable JPG or MP4 format.  In fact, the Giroptic iO app includes links to popular social media apps such as Facebook and YouTube so you can share directly from within the iO app, without even having to launch the other apps.  You can also send photos and videos through text messages, when the recipient clicks on the link, they can view your photo or video in 360 without having to install any app.
Photo resolution: 3840 x 1920 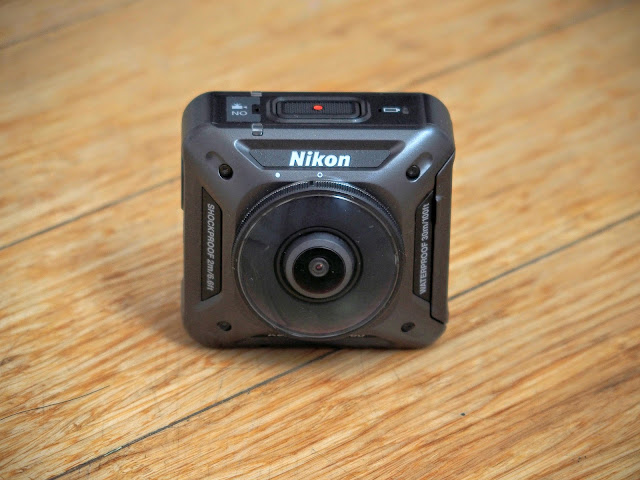 “I don’t want to think about stitching or metadata or any of that technical stuff!  I’m also afraid of dropping my camera.”  If this sounds like you, check out the Nikon Keymission 360 ($499; reviewed here).
Number of steps to get shareable photos or videos: 0. Zero. Nada. Zip.  This is the only 4K camera that allows you to use share 24mp photos or 4K videos straight from the memory card, which you can upload to YouTube, Facebook or other 360 sharing sites, without any processing and will still be recognized as 360.  It is also waterproof up to 30 meters and shockproof to 2 meters, without an external housing.  And if you ever damage the lens, you can replace them instead of replacing the whole camera.
Photo resolution: 7744 x 3872.  Here is a sample low light photo (f/2, 1/25, ISO 560):

Downsides:  You will probably not get immediate feedback because the app has poor connectivity (although some people are able to pair their smartphones successfully).  You also have to be careful about anything on the sides of the camera which will likely look split because the stitching method is simple and automated.

If you only care about 360 photos, Ricoh Theta S ($299 street; reviewed here), and LG 360 Cam ($129 to $199; reviewed here) also meet the criteria for simplicity, with 360 photos that are stitched in-camera and ready to share straight from the memory card.  (For video, they require a couple of steps before the videos are shareable).