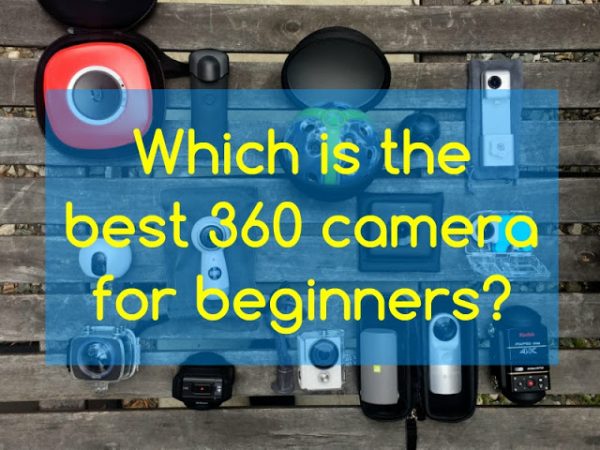 This is Part 2 of this series in which we look at the best 360 cameras for beginners, this time focusing on the best beginner 360 camera for photographers.

In Part 1 of this series, I discussed how 360 photos and videos are created, and I explained that my primary criteria for beginner 360 cameras is ease of use, to enable a beginning 360 photographer to learn the craft and avoid frustration.

Part 1 was about the easiest 360 cameras to use (not just for taking the photo, but also for viewing and sharing them).  In this Part, the primary audience is photographers who are new to 360 cameras. The primary considerations for this group are the image quality and exposure controls.  I won’t limit the choices to the absolute easiest 360 cameras, but the cameras here will still be easy to use. 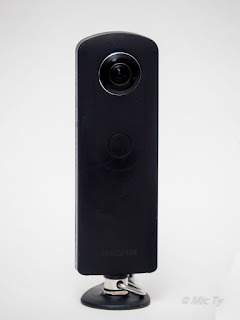 Ricoh Theta S or Theta SC ($249 to $349; reviewed here).  This is the 360 camera that started it all and after all these years, it still has the best-in-class stitching.  It also has the best exposure controls for photography.  The differences between the Theta S and Theta SC are that the Theta S can record for more than 5 minutes, and it has more automatic modes for night sky photography and for bracketing.
Number of steps to get shareable photos or videos: 2.
– Connect to the app wirelessly.
– Download the photo to the Theta app.
When you do, they will be stitched automatically and ready to share from a Theta folder on your Camera Roll or Gallery.
Sample photo:

Downsides: low resolution videos (1920 x 960), photo quality not as good as some of the newer 360 cameras, sometimes hard to connect to the app. 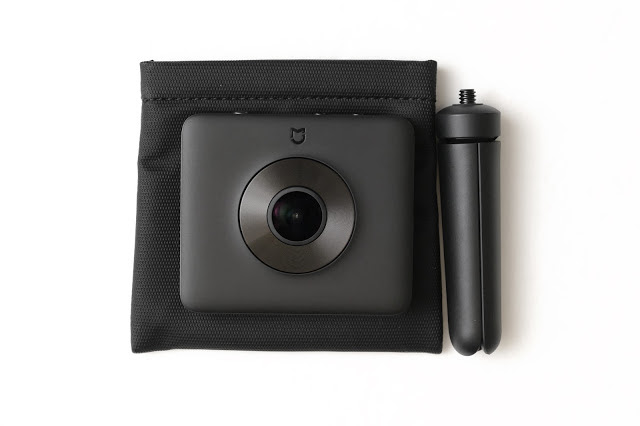 Xiaomi Mi Sphere ($270 to $320; comparison review here).  This new camera is from Xiaomi.  It has higher image quality than the popular Ricoh Theta (see above), and offers exposure controls similar to the Theta.  Shutter speed can be as slow as 32 seconds and ISO can be set as low as 50 (for both iOS and Android). 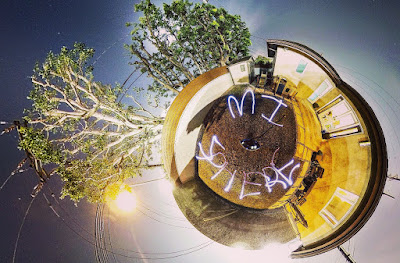 Number of steps to get shareable photos: 2 for Android, 3 for iOS.
1.  Connect to the app.
2.  Tap on a photo to download the photo to the app, then they will be stitched automatically and on Android, it will appear in your Gallery, ready for sharing.
3.  (iOS only) On iOS, the photo will be on a hidden directory on iOS.  To move it to your Camera Roll, you need to export the photo, then it will be in your Camera Roll.
For both Android and iOS, the stitched photo or video will have 360 metadata and can be shared to 360 photo sharing sites such as Facebook, Google Streetview, Kuula.co or Roundme.  However, one peculiarity is that they can’t be viewed on Google Photos (as of June 2, 2017), even though 360 videos from Xiaomi are displayed correctly on Google Photos.
If you find Google Photos essential for your 360 photos, you can fix the metadata on the Xiaomi photos so that they can be displayed on Google Photos. The process is as simple as opening the file in an app for fixing metadata and saving it into the right format.  There are several apps for that such as Exif Fixer (Mac, Windows) and Photosphere XMP Tagger (Android).
Sample photos:

Downside: for videos, you can only get the full resolution if you have a very high end phone (at least Snapdragon 820 or equivalent).  For photos, the phones I’ve tested have all gotten the full resolution: iPhone 6, iPhone SE, Samsung S6, Samsung S7, Samsung S8+.  Xiaomi photos also have a strange bug where some straight lines look very slightly wavy.


Other 360 cameras
The 2016 Gear 360 and the 2017 Gear 360 also have pretty good photos, and they also take just 2 steps to get a shareable photo.  However, I didn’t select them for this group because they don’t have adjustable exposure controls.  Meanwhile, the LG 360 Cam does have manual exposure controls, but the shutter speed is only up to 1/2 second at the slowest.  Finally, the Panono has the highest image quality for photos, and takes only 3 steps to get shareable photos, but their future is uncertain because they recently filed for reorganization, and the shutter is only 2 seconds at the slowest.

SUMMARY
The two best beginner 360 cameras for photographers are the Ricoh Theta S or SC and the Xiaomi Mijia Mi Sphere.  The Theta’s advantages are its best-in-class stitching and the many automated controls, such as interval composite, which has both an intervalometer and a way to combine the exposure of the resulting photos, making it convenient for star trails, for example. Yes, you do get the individual photos, not just the composite.   (Note: the Theta SC lacks these automated features)
The Xiaomi Mi Sphere on the other hand, has higher overall image quality (higher resolution, better dynamic range, less chromatic aberration) and also has very good exposure controls with a full manual mode, shutter priority mode (auto or 1 sec. to 32 secs in 1 stop increments), or ISO priority mode (auto or 50 to 1600).  However, as of May 2017, the Xiaomi doesn’t have automated functions such as bracketing, a multi-shot HDR mode, or an intervalometer.  Its stitching is also quite good, but not as good as that of the Theta.
These cameras are available here:
– Ricoh Theta S (Amazon or B&H), currently around $300.
– Ricoh Theta SC (Amazon or B&H), currently around $260.
– Xiaomi Mi Sphere is around $250 to $300 and is available from GearBest, which ships to 260+ countries.