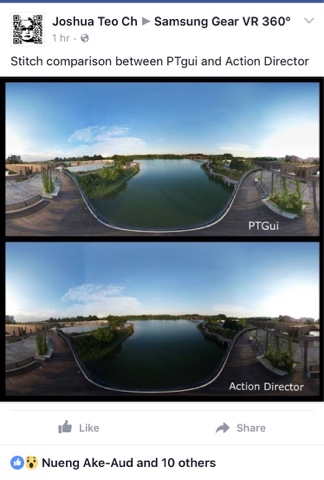 The Samsung Gear 360 (reviewed here) is the most affordable 4k-capable 360 camera but it has some quirks. One issue is that there is sometimes a color difference between the lenses, which makes the stitch lime more visible.
Gear 360 shooter Joshua Teo Ch tried to remedy this issue by using a different stitching program. Instead of using the included Action Director software, he used PTGui.
As you can see from the comparison above, PTGui does have a smoother blending between the two lenses, compared to Action Director.  Note: Joshua also applied HDR toning.  He suggested that if you want to do HDR toning, it should be done at the same time as the stitching for a smoother stitch.
Here are the steps Joshua used to stitch a photo with PTGui: 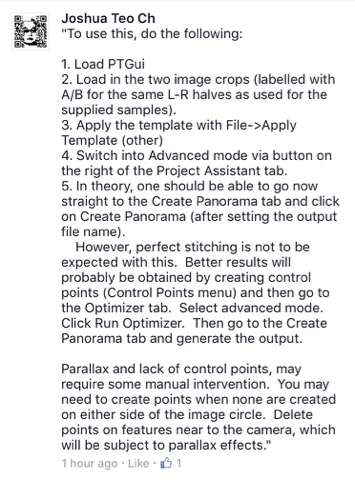 TECHNIQUE: How to make a partial photosphere
Insta360 Nano priced at $199 in the US; release date and new details available
Comment