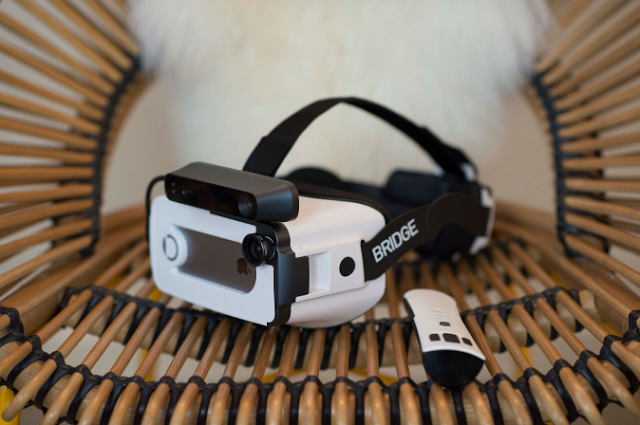 Occpital Bridge is a mobile VR headset for the iPhone with untethered roomscale positional tracking.

Desktop VR systems have thus far been only for Windows (and Linux if you include OSVR).   However, Occipital is making a VR headset that can be used with an iPhone.  It’s called Bridge, and it even has positional tracking with 6 degrees of freedom, just like the HTC Vive, Oculus Rift and Playstation VR.  Bridge also features a motion controller with rotational tracking (similar to the controller for Google Daydream). 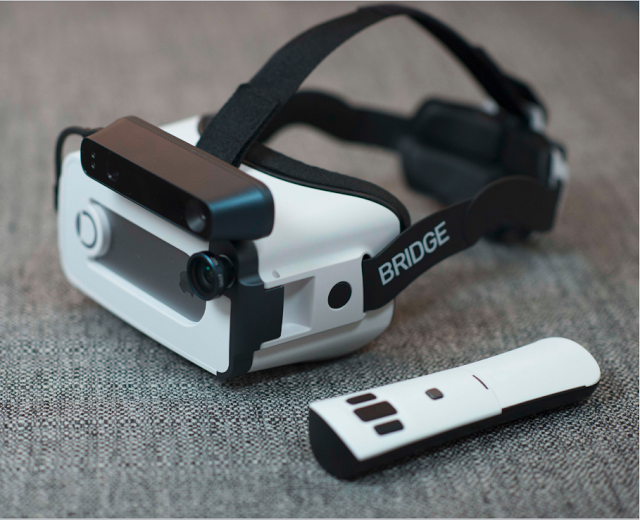 Moreover, the headset has important features that are not present in the Vive, Rift and PSVR: First, the headset is untethered and has no external sensors.  This makes it possible to do VR without wires, without a PC, and theoretically without limits (world scale VR).  Second, the headset can do both VR as well as augmented reality (AR) or mixed reality.  Third, whereas the Vive and Rift warn users when they are approaching the boundary of their playing area, Bridge can warn the user of obstacles in their path, presenting the obstacles in 3D.

Here’s a video of what Bridge can do:


Bridge is currently available for $499 for the early delivery limited edition or on a preorder basis for $399 with the regular edition.  However, other than Occipital’s demo, there are no software for it yet, so the preorder is intended for developers.

The Bridge looks very interesting and I hope it does bring VR to iPhone users.