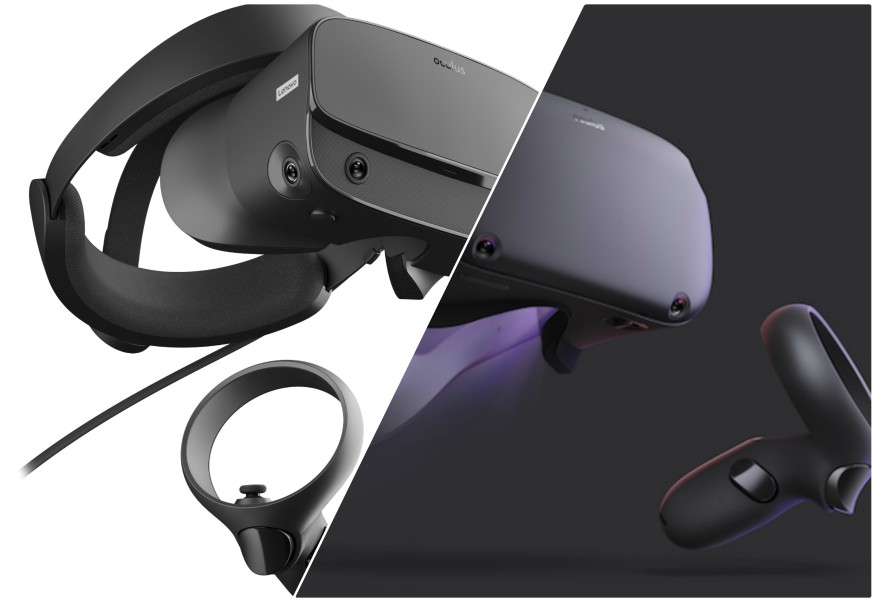 At F8 2019, Facebook announced that Oculus Quest and Oculus Rift S preorders would begin today, for shipping on May 21.  You can preorder Oculus Quest or Rift S directly from Oculus.com, from Amazon, or Best Buy.  (I ordered from Amazon because of their lenient and convenient return policy.)

Preorder Oculus Quest 64GB ($399) here or 128GB ($499) here.  Oculus Quest is a standalone mobile VR headset with 6 degrees of freedom, no external sensors, and with two 6DOF motion controllers.  Because it is completely wireless, it has world-scale tracking.  Check out the preview and sample gameplay here.

Preorder Oculus Rift S ($399) here.  Oculus Rift S is the new version of the Oculus Rift desktop VR headset.  It has a higher resolution display and has no external sensors and instead uses inside-out tracking, making it much more convenient to use than the Rift.  Rift S uses the same games as the Rift.  Check if your PC is compatible with this tool.  If your PC is not compatible, chances are, you’ll only need a GTX 1050 Ti graphics card, which will also enable your PC to stitch 5.7K videos from 360 cameras such as the GoPro Fusion or Insta360 One X.

If you’re trying to choose between the Quest or Rift S, see this analysis.  I preordered both and will post a review when I get them, along with a comparison to other VR headsets such as Oculus Go and Samsung Odyssey.

Demos will be available at select Best Buy locations in the US, starting May 21.  To find a demo location near you, check out this link.