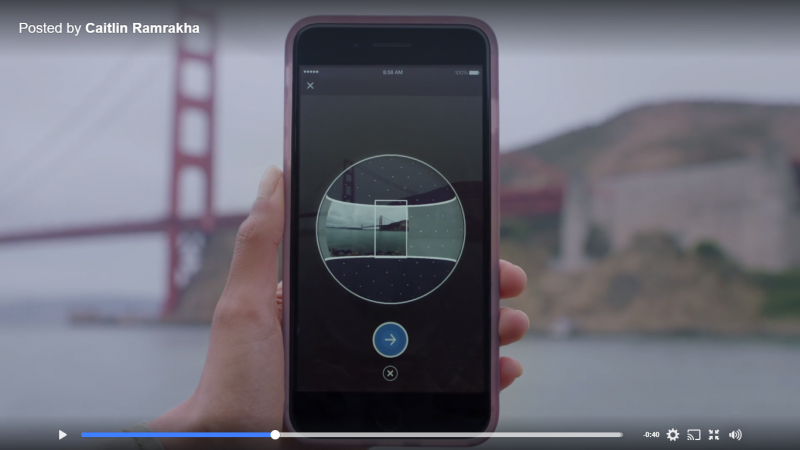 You can now take 360 photos with the Facebook app!  Here’s the feature, and why I think it benefits the 360 community. UPDATE: there is some confusion on whether the app is cylindrical or spherical. Still waiting for the update on my phone before I can try it…

Facebook just announced a new feature that will enable you to take a 360 panoramic photo using your phone and the Facebook app.  Here is a video of the new feature.

I think this is a cool new feature and is a net positive for the 360 community because it builds better awareness and familiarity with 360 photos.   A cynic might say that people who try the 360 Photo feature could get the false impression that fully spherical photo from 360 cameras are no different, and they won’t find the need to buy a 360 camera anymore.  When notice the stitching imperfections, or want to capture a special moment as a 360 photo, or if they want to capture a 360 video, I think they will notice the need for a true 360 camera.

Thanks to tech vlogger Pepe Vazquez for bringing this to my attention!