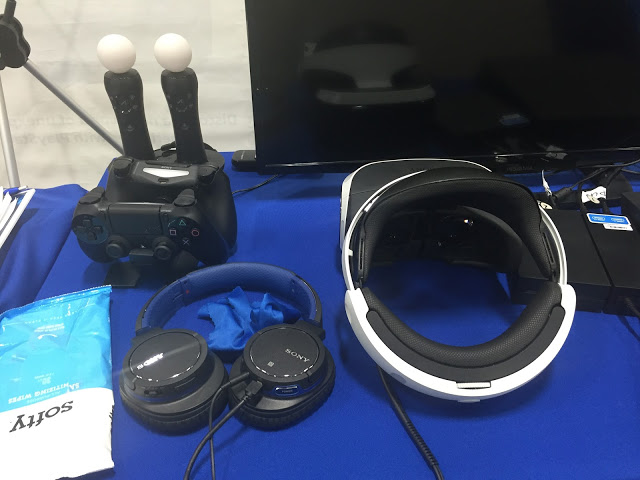 1.  There will be some non-game VR experiences, such as Baobab Studios’ Invasion! and Penrose Studios’ Allumette.  These are true VR experiences (not just 360 videos) where you will be able to have 6 degrees of freedom (including x, y, and z movement).

Hulu will be another available app.  Hulu has 360 content and it appears the PSVR will support 360 videos in Hulu.

WHAT’S MISSING?
– Cinematic Mode cannot display videos in 3D.  3D games and videos will be shown as 2D.
– Although Sony has said that you can watch YouTube in Cinematic Mode, i.e., 2D on a virtual screen, Sony hasn’t said that it will support 360 videos in YouTube.
– Sony also hasn’t said that you can view 360 photos and videos stored on a USB thumbdrive.  Note that Sony has no 360 camera of its own, therefore is probably not in a hurry to add this capability.


UPDATE: Sony announced that they will be updating Media Player to add support for 360 photos and videos which can be viewed from a USB drive or media server!

You can now get a demo of the Oculus Touch with the Oculus Rift
RUMOR: Insta360 Pro will have 7k to 10k resolution
Comment