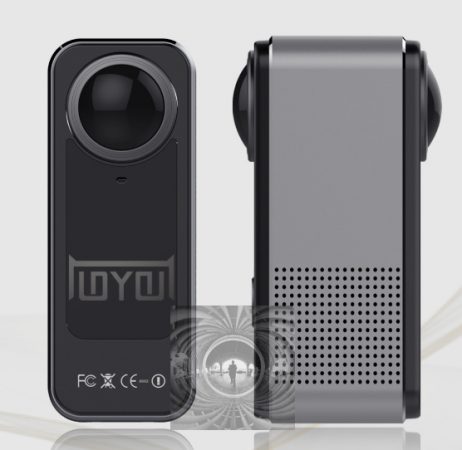 Cat360 is a 360 camera designed for endurance.  It has a built-in fan and has vents on two sides to allow air to flow through to dissipate heat.  This unique design allows it to operate longer than other 360 cameras.

My friends at Rec360.ru tested Cat360’s live streaming endurance, and when the Cat360 is plugged into a USB adapter, they found that the Cat360 can live stream in 4K for four hours!  With a battery only (unplugged from an adapter), it can record in 4K for 40 minutes.

The fan does create some noise, but the Cat360 has another rare feature for 360 cameras: a 3.5mm microphone input, which allows you to use an external microphone.  The mic input is on the bottom of the camera, so it won’t be captured in the video. 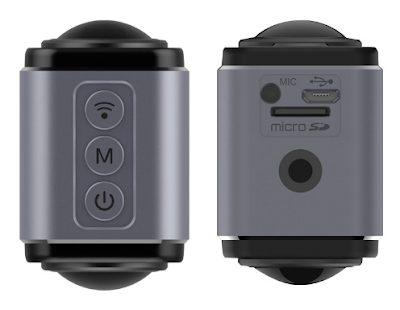 Another unusual feature of the Cat360 is that it can connect to a Wi-Fi signal and live stream without a phone connected.  The user does use a phone to setup the connection, but after the setup is complete, the phone can be disconnected, and the camera will be able to connect to a Wi-Fi signal without a phone.  Rec360.ru describes the live streaming process:

“Stream is performed in the following sequence:
1. Connect the camera to the phone
2. We configure the connection (rtmp server, access key, choose a Wi-Fi network and password for it, set the quality of the stream (up to 4k and 15 mbps)
3. Press the STREAM START button. The camera is automatically disconnected from the phone and connected to the router.”

At that point, the phone is no longer needed.

Here is a sample video from the Cat360:

Cat360 is available from Rec360.ru here.  The ruble has declined in value recently, decreasing the price of the Cat360 for many people in other countries.  I’m confirming with Rec360.ru about shipping to the US and other countries.