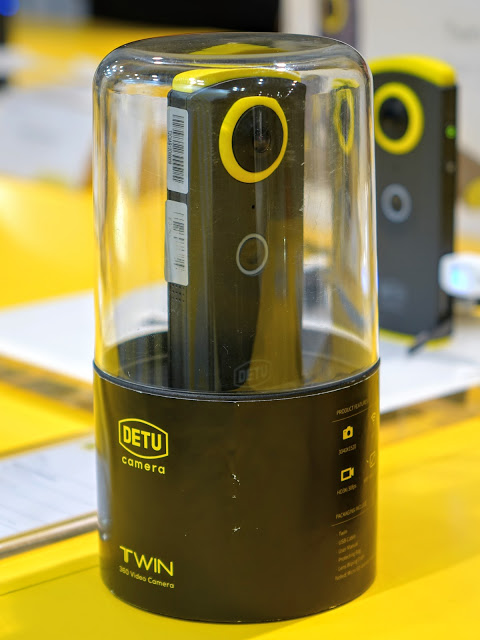 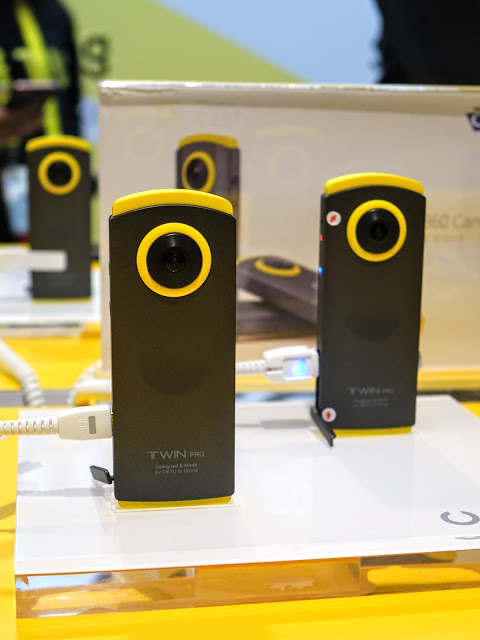 Final versions of the Detu Twin were available to demo at CES.  The final version looks a little wider than the prototype version I posted about way back in May.   Here it is next to the Theta (any resemblance is coincidental, I’m sure). 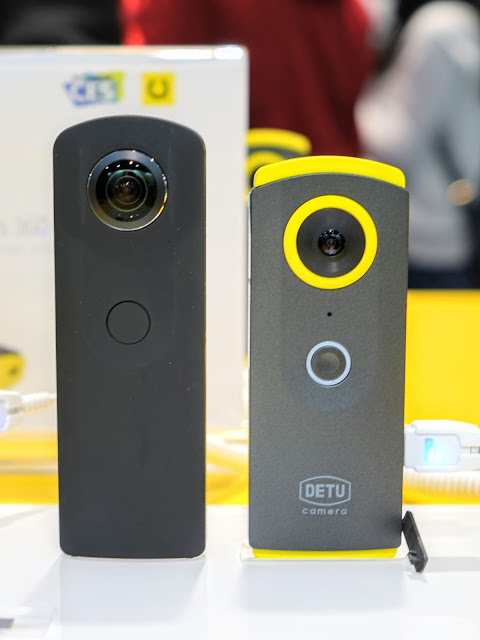 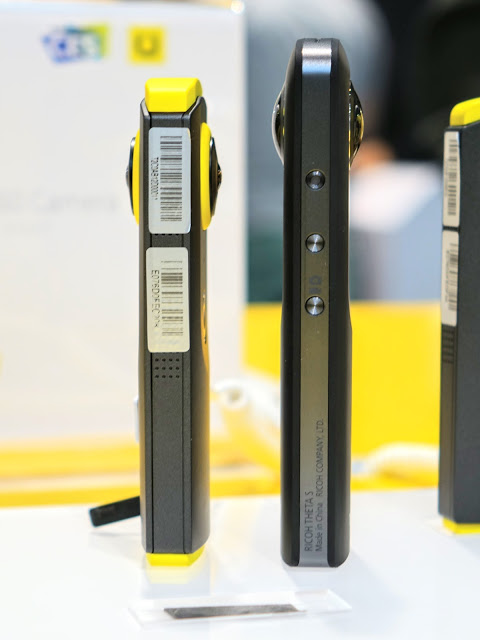 Photos are stitched “instantly.”  I believe videos are as well, but I haven’t confirmed this.

Observations:
– The stitching is excellent, perhaps even on par with the Theta, which currently has the best stitching among 360 cameras.  See this shot.

Photos are reasonably detailed, about as good as can be expected from 4mp sensors.  The exposure was not fooled by bright lights in the shot.  The dynamic range is reasonable for an entry level camera, with important highlight details retained, more or less. 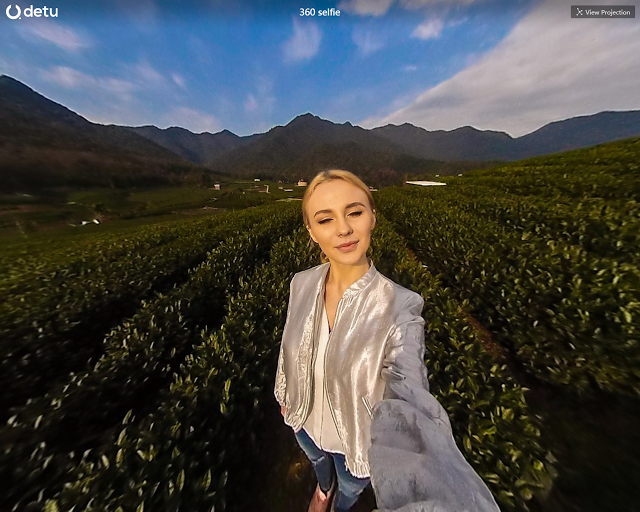 Some of the videos have impressive levels of detail.  In the skydiving video, you can see the rivets on the airframe. 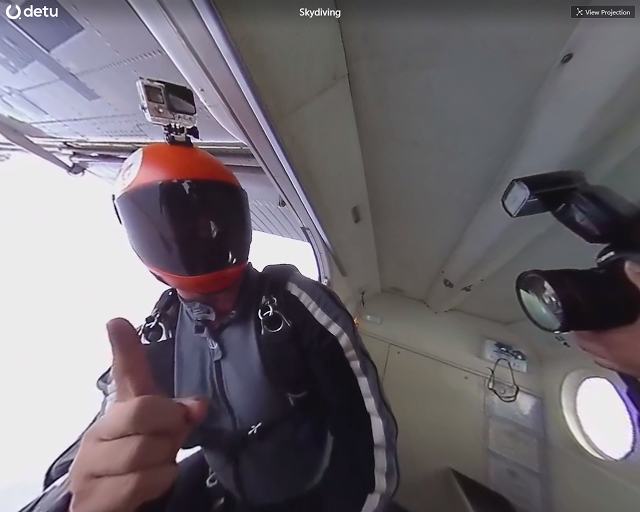 But one of the videos had relatively low levels of detail.  I suspect the camera uses aggressive noise reduction so that anything that appears to be in shadows will lose detail. 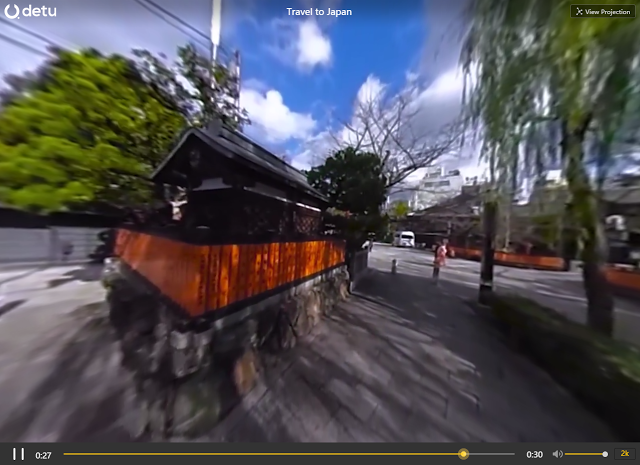 The camera appears to be susceptible to chromatic aberration, in the form of purple fringing, similar to the Theta.  See this video. 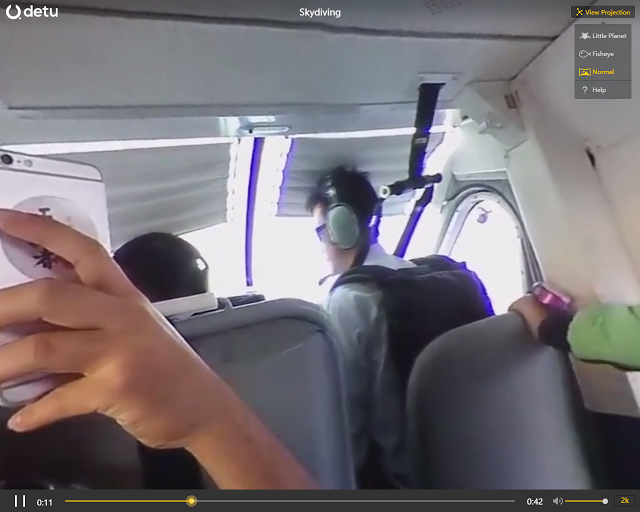 Interestingly, in some shots you can see a pink/fuschia flare artifact, a distinctive characteristic of the Theta. 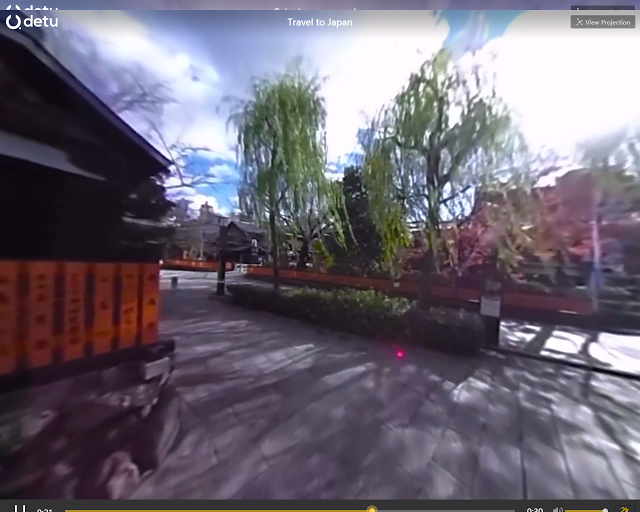 The low light image quality is better than I expected for photos, although I don’t have the EXIF data to know the ISO for the test shot.  See this shot. 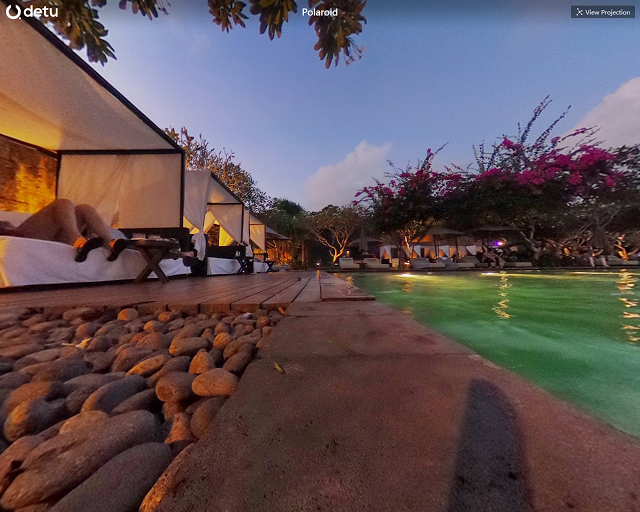 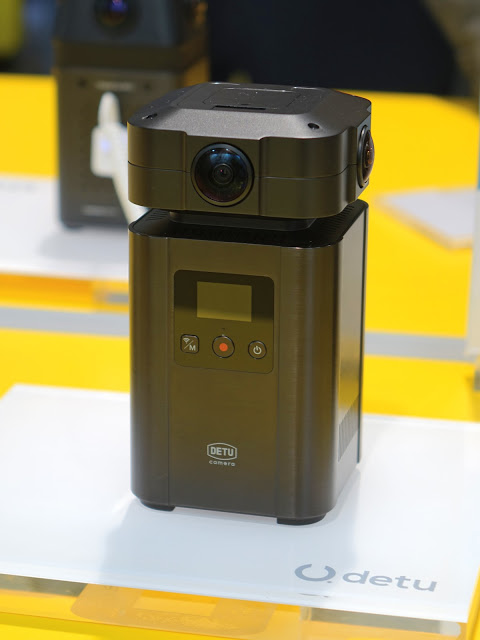 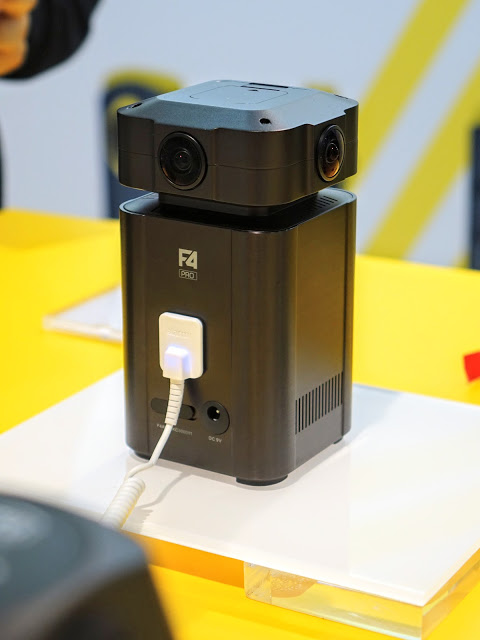 Here is the Detu F4 for comparison, 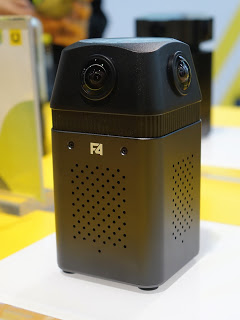 However, the representatives were tightlipped about the Detu F4 Pro’s specs.  I suppose the only thing we know is that it’s somehow better than the F4.

BTW, some of you have asked about where to buy the Detu F4.  They said they don’t have a distributor in other countries yet so you need to contact them to order it, and they’ll ship it to you directly from China.  But that may now be moot anyway because on the Detu website, the only models shown now are the Detu Twin and a placeholder for the F4 Pro.  The Sphere 800 and Detu F4 seem to have disappeared.  I don’t know if that means they’ve been phased out or otherwise superseded by the Twin and F4 Pro. 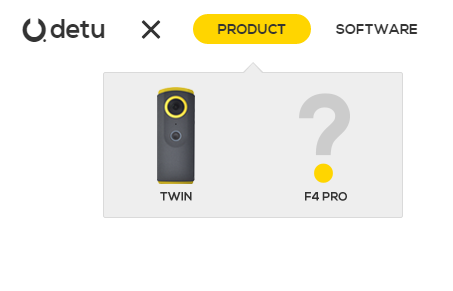 Detu also mentioned that they are working on a 3D 360 camera.  But they offered even less info about it.  I have no idea what it looks like, or what the specs will be.