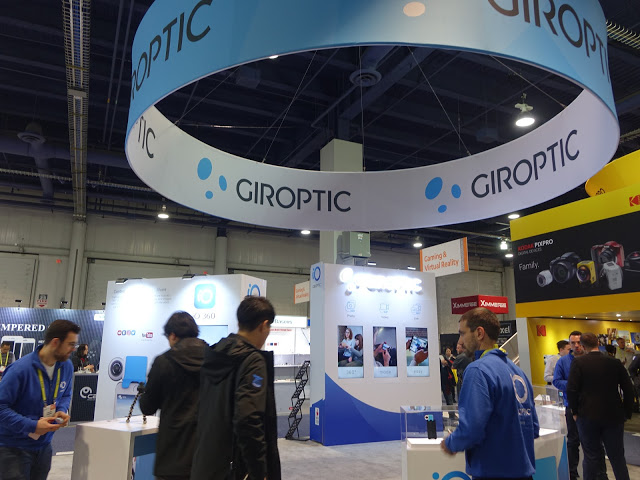 Giroptic iO is a new 360 camera for the iPhone with 360 livestreaming capability.  At CES 2017, Giroptic representatives demonstrated the ease of use of the Giroptic iO.

Here is a demo of Giroptic iO:


As you can see from the video, there is very little lag in the live preview, and downloading the stitched video to your phone is fast.

One thing I was very impressed with about the Giroptic iO is its 360 livestreaming, which was shockingly easy.  On the Insta360 Nano, another 360 camera for the iPhone, livestreaming is still a little bit technical.  You would need to input a server URL, and a stream name / key, which you need to obtain from a streaming platform such as YouTube (Update: an update to the Insta360 Nano app has simplified live streaming).

Giroptic iO also has that option but in addition there is a simplified streaming to YouTube.  All you have to do is login to your YouTube account from within the Giroptic iO app, then switch the Giroptic iO to livestream mode.  That’s it – you’re ready to stream!  It was amazing to see how Giroptic simplified 360 streaming to a one-button process.  (Note: they didn’t show me the actual resulting live stream, so I don’t know the image quality of the stream.)

Giroptic said that the process would be even easier for Twitter / Periscope and Facebook when they start rolling out 360 livestreaming to all accounts.

Meanwhile, I also asked for full resolution sample photos and videos which Giroptic said they could send to me.  I’ll post them if and when I receive them.