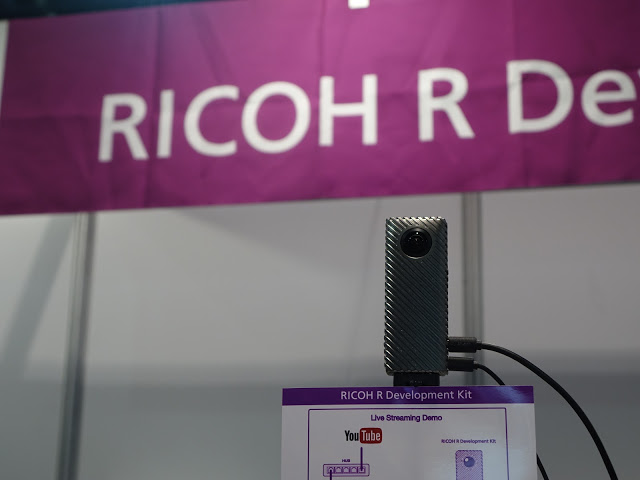 At CES 2017, Ricoh demonstrated their recently-announced Ricoh R livestreaming camera.  Here are my hands-on impressions.
The Ricoh R looked a little larger than the Ricoh Theta S and its grooves gave it a very industrial look, in sharp contrast to the Theta’s sleek outline. 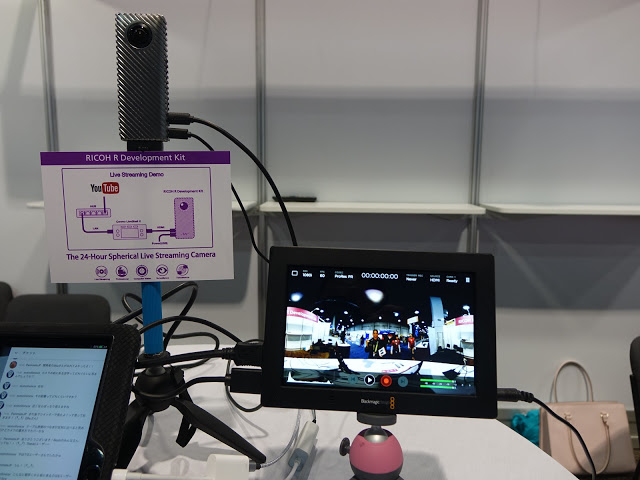 The other significant difference between the Ricoh R and the Theta is that the Ricoh R has no internal battery and must be powered by an adapter, making it unsuitable for use by most consumers and limiting it primarily to professional or industrial use. 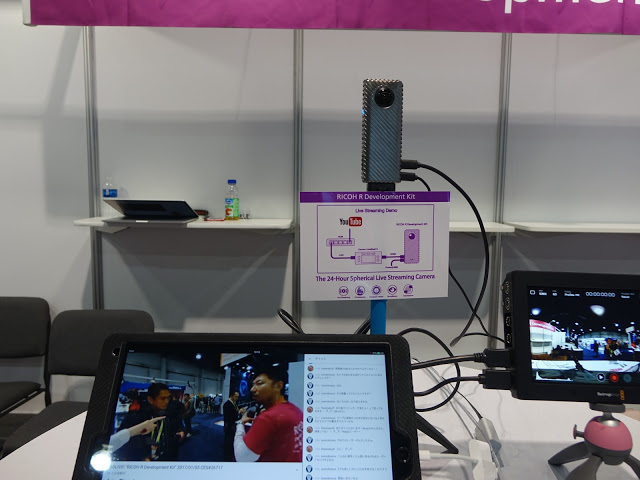 The Ricoh R performed pretty much as advertised.  They had a couple of Ricoh R cameras showing a livestream and it was stitched smoothly.   In contrast, the Theta S requires its videos to be stitched on the phone or desktop app.

There was a lag of a few seconds from the time of capture to the time it is shown on the screen, although I wasn’t sure how much of that lag is due to the Theta’s stitching or from YouTube. 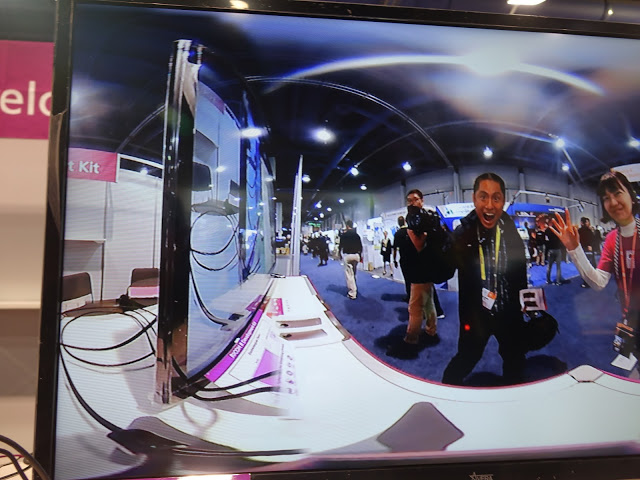 One thing I found out is that the Ricoh R’s resolution is not 2k as previously reported but is actually just 1920 x 960, the same as the Ricoh Theta.

Among other 360 cameras, the Ricoh R is unique in being able to record 24 hours.  I asked the reps if that meant literally not more than 24 hours, or if it meant nonstop recording.  They said they’ve only tested livestreaming up to 24 hours.  It might last beyond that,  but they have not tested it.

The reps offered no new info on future versions of the Theta.