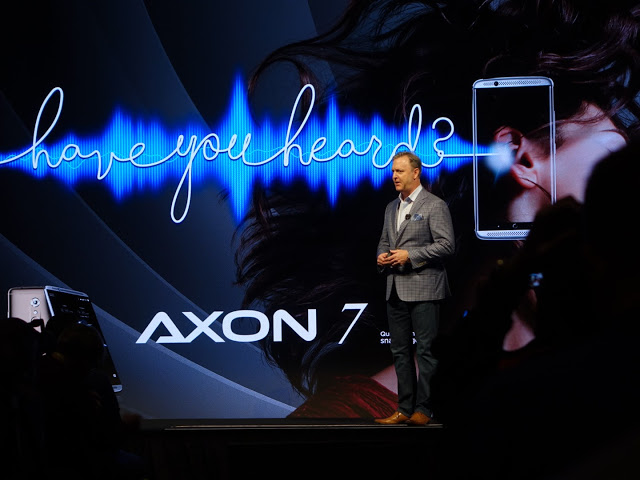 At its press conference, ZTE confirmed that the Axon 7 would be compatible with Daydream.  The only thing they’re waiting for is approval from Google.  Unfortunately, they have zero control over that, so they couldn’t say when Axon 7 phones would be upgraded to Android 7 (Nougat) and Google Daydream. 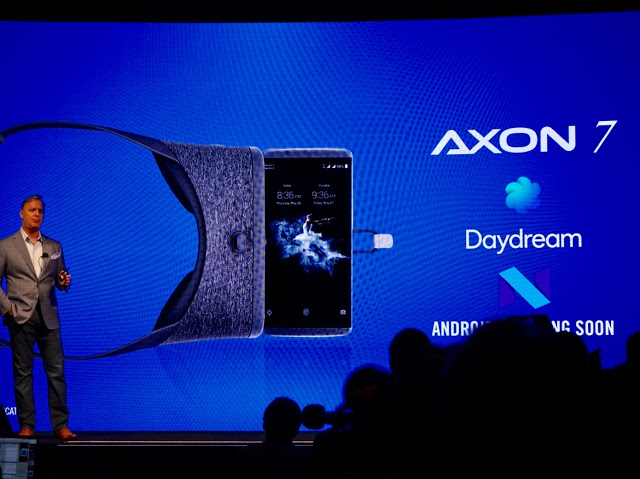 They did, however, provide demos of the Axon 7 used with Daydream.  I got to try it out and I thought it was substantially similar to using Daydream with the smaller Pixel. 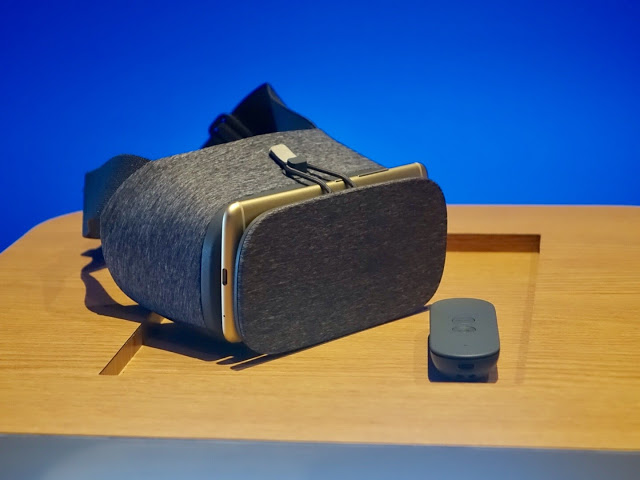 The few differences were:
– the screendoor effect is not so noticeable, even though the Axon 7’s display is only 1080p.  Correction: the Axon 7 has a resolution of 2560 x 1440, the same as a Samsung S6 or S7, which is why there’s not much SDE.  I would say it’s similar to the S6 (with the Gear VR).  (Thanks to Denzel Thomas and Mike Cane for the correction!)
– the controllers’ tracking seemed to be worse than when I tried it at a demo with Google Pixel.  Not sure if this is an issue with the phone or just a problematic unit.
– ZTE prioritized the sound quality of its phone, so it may sound better than the Pixel.  However, I didn’t use earphones and with just the speakers in a loud conference room, it was hard to tell whether it was better.

Another announcement that is tangentially related to VR is the eye-tracking of one of its new phones.  The phone is named Hawkeye and features eye-tracking for hands-free navigation, leaving one of your hands free.

Although Hawkeye doesn’t have VR capabilities, some VR headsets do feature eye-tracking (such as the Fove headset), and this Hawkeye demo could give an idea of the usefulness of eye-tracking when used in conjunction with a VR headset.