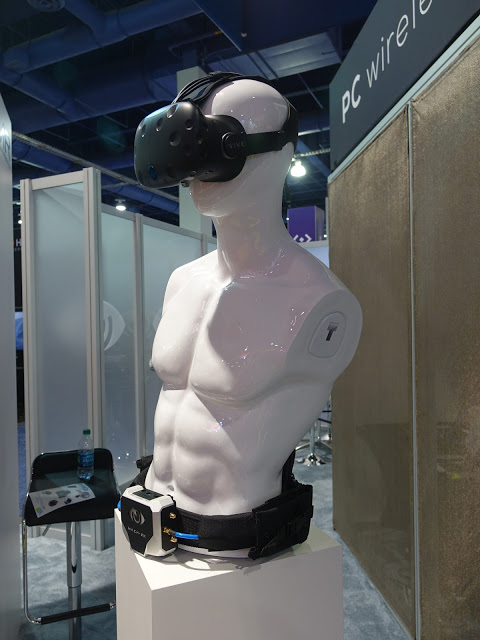 I had the chance to try the Immersive Robotics (IMR) wireless adapter which enables you to use the HTC Vive wirelessly. 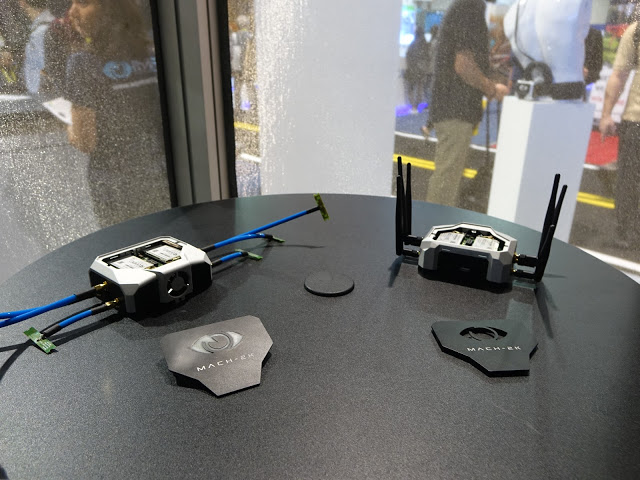 On the headset side, the transceiver is worn on a belt which will also carry an external battery pack.  The headset is connected to the transceiver the same way as it would be connected to the Vive link box, with inputs for HDMI, USB, and power.  It’s plug and play and doesn’t require installing any drivers.  I asked if it was compatible with the Rift as well and they said they haven’t tested it, although they think it would probably be. 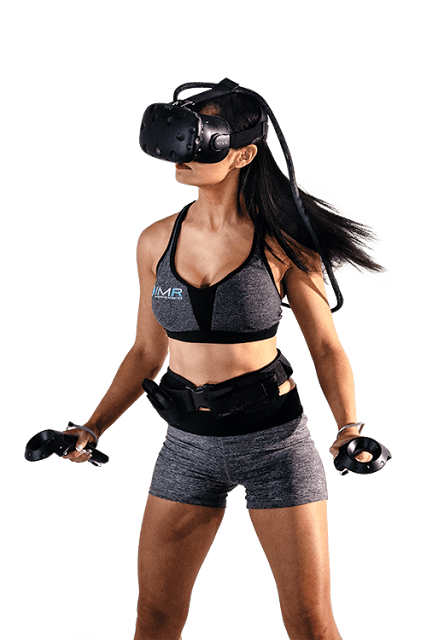 IMR claims that their system can support 4k per eye and can be used by 16 people in the same space.  The key to IMR’s system is compression — they compress up to 95% of the data.  Besides the key issue of latency, IMR’s method raises a question about whether there is a noticeable decrease in image quality. 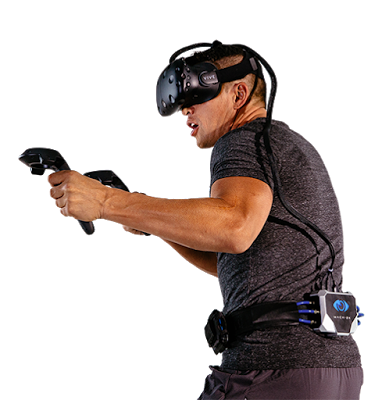 I was impressed.  IMR’s wireless system had no noticeable latency, and even though I knew the signal was compressed, I did not notice any deterioration in image quality during the very brief demo.  IMR says the additional latency from their system is less than 1 ms.  RoadtoVR showed a comparison of the uncompressed signal and the compressed signal, and it’s very hard to tell them apart. 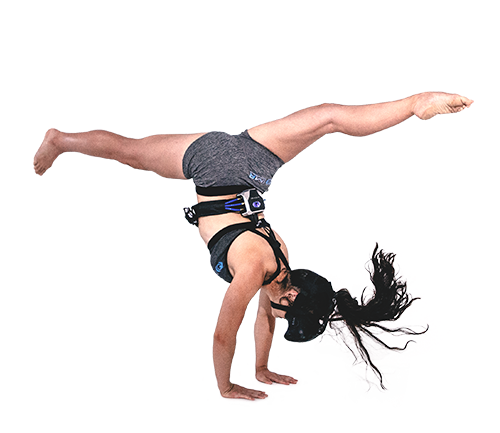 There are several caveats to the demo.  First, what I tried was not the Mach 2K but a prototype device that looked about as large as a network router.  It was on a desk, not worn on a belt.  However, it was wireless and the rep said when the Mach 2K is finalized, it will have the same performance.  The other limit to the demo was that I didn’t get to use the controllers.  I don’t know if there would be lag with the controllers, although given the performance I saw, I would think there would be no lag either.

It appears that IMR has a promising wireless system that does work, although it looks like it won’t be ready for a while.  However, given their 4k-per-eye support, they may be able to leapfrog their competition in the next generation of VR headsets.