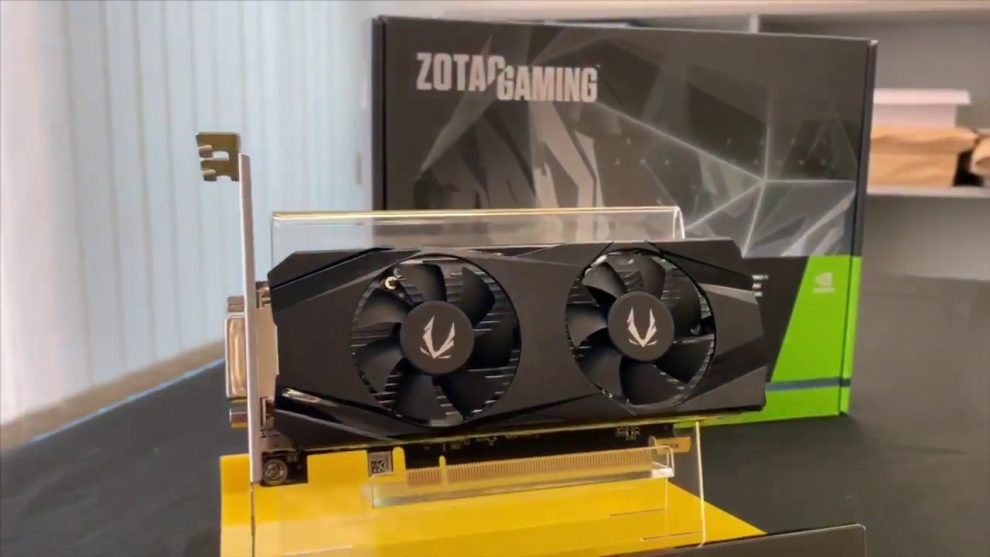 Zotac will soon be releasing a low profile version of the GTX 1650, which is one of the most affordable graphics cards that are unofficially VR-ready.

For 360 shooters, a dedicated graphics card is useful not only for stitching high resolution 360 videos, but also for VR.

The GTX 1650 is the new Turing-based successor to the popular GTX 1050 Ti, the second most popular graphics card in Steam as of May 2019.  Like the GTX 1050 Ti, the 1650 uses less than 75 watts of power and doesn’t need an additional power supply.  This means most users will be able to add it without having to upgrade their power supply.  And a low profile GTX 1650 can be used even for mini PCs that don’t have full height PCI slots.

Zotac hasn’t announced pricing for the low profile GTX 1650 but they said it will be available this Q2 2019. Meanwhile the full height GTX 1650 is available for as low as $150.