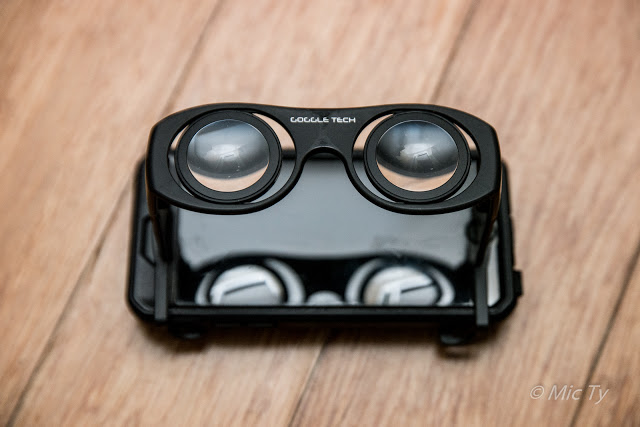 There are many Google Cardboard viewers, but the GoogleTech C-1 Glass is one of the most compact viewers. 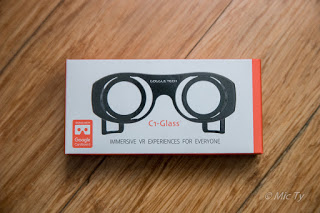 I already have a cardboard viewer but I found it bulky, and I could not tap on the screen without reopening the viewer.  I liked the elegant design of the C-1, so I ordered one from Google Store.

The C-1 Glass comes with a dustbag, not a hardcase shown on the company’s website. 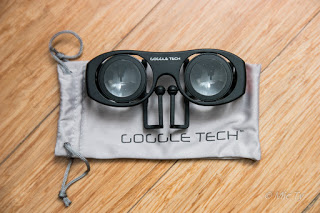 It is as compact as I hoped – about the same size as a pair of eyeglasses.  Here it is next to my old cardboard viewer by Ritech. 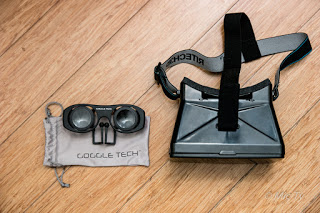 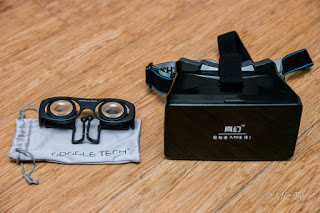 I tried it with my iPhone 6, and it fits, even though I have an armor case on it (by Armor Beetle).  I tried it with several Cardboard-compatible apps and games, and it worked pretty well.  Just as I expected, I could tap the screen without having to remove the viewer.  The viewer does cover the home button though. 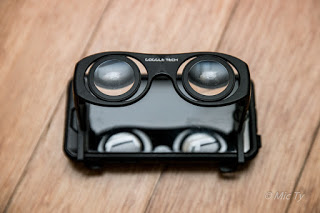 Compared to a typical viewer like the Ritech, the C-1 is much more portable.  However, if it is sunny, I can sometimes see the reflections of light on my face.  Another issue is that the C-1 doesn’t have a head strap, so it must be held up while being used.  It wasn’t too tiring for me.  I just rested my elbows on my chest.

If you’re looking for a reasonably-priced, compact Google Cardboard viewer, and you don’t need a viewer with a magnetic trigger, the C-1 is a very good option.