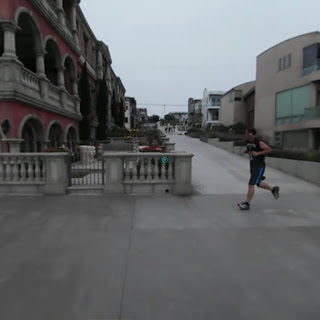 Someone I met on DPReview, Markr041, has the Kodak SP360 4k.  Meanwhile, I have the Samsung Gear 360.  We agreed to take some test shots at the beach with our respective cameras – he with the SP360 and I with the Gear 360.  See this thread.

We agreed to take the sample videos in sunny weather.  Unfortunately, although the weather forecast was for sunny weather, we got cloudy weather over the weekend and we’re forecast for cloudy weather the rest of the week.  Sunny weather would improve the image quality by increasing the amount of light available and the contrast, so the Gear 360 is handicapped here.

FWIW here are the videos.  Both on YouTube (pls. switch to 4k resolution):

Here is the Samsung Gear 360 video:

I watched the videos on Gear VR as well and took some screenshots of somewhat similar scenes.

I’m going to try again next time we have sunny weather on a weekend.

One aspect of 360 video that wasn’t tested in this comparison is the stitching.  One of my concerns with the Kodak SP360 4k dual pro pack is that the stitching looks harsh on some sample videos, especially with nearby objects.  On the other hand, the SP360 4k’s included stitching software allows for custom stitching.  I’m going to try to find out more about this.