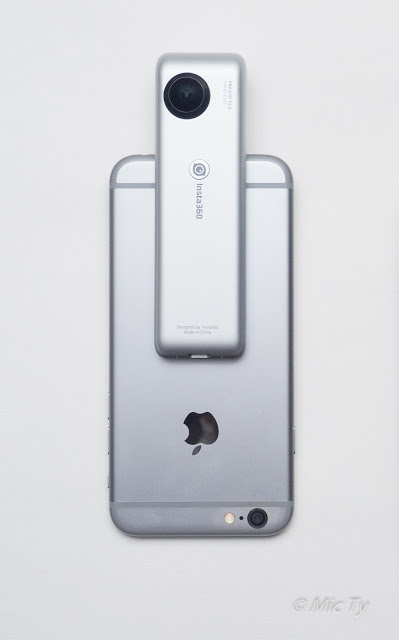 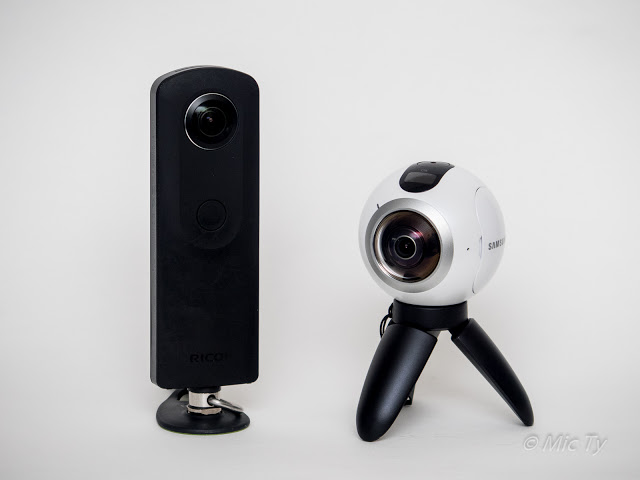 Here are a couple of sample videos showing their image quality (be sure to switch to 4k first).  The first set is with cloudy skies.  The second set is with sunny skies.  Click on the playlist icon to switch between the two videos.

Here’s how they look in a headset (Samsung Gear VR).  In this case, I copied the video into my Samsung S6 then played them with MoonPlayer.  Here are snapshots showing how they look in the headset (click on them to see the full size):

In my opinion, the Nano did better than I expected.  To be honest, I had a little difficulty picking out the Nano from the first set of snapshots because it showed almost as much detail as the Gear 360.  Considering that the Nano is only $199, while the Samsung Gear 360 and Ricoh Theta S are around $350 each, the Nano shows very good value for its video quality, not to mention its other capabilities such as wireless livestreaming.

TECHNIQUE: Erasing the tripod and editing the nadir in a 360 photo or video
Nikon Keymission 360 sample shows impressive stitching!
Comment