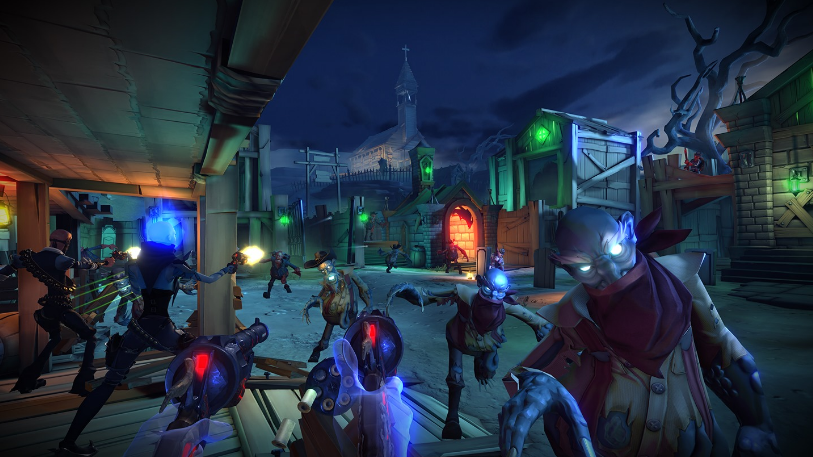 Dead and Buried is getting a major update today that adds two new characters, a new map, a new weapon, and a 1-player mode, plus several improvements.

Dead and Buried (Oculus Rift; HTC Vive via Revive) is a Western / sci-fi / fantasy shooter with both cooperative and competitive online multiplayer modes.  It is one of my favorite games for the Rift, and one of the most fun VR games I’ve played on any VR system.

Oculus Studios released a major update for Dead and Buried called Guns and Ghosts.  Here are the improvements:
1. Two new characters  — a gunsmith and a spirit warrior — with 10 unlockables each.

I’m looking forward to trying these out!