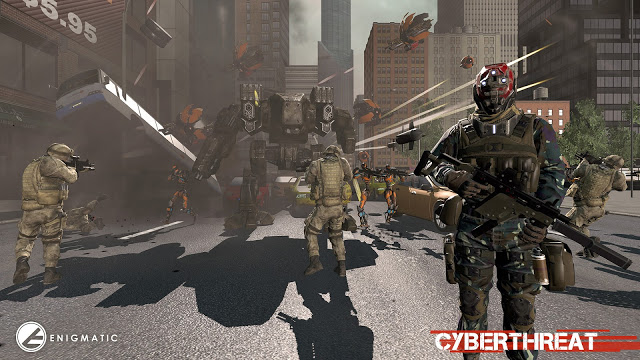 CyberThreat is a shooter on the HTC Vive.  Whereas most shooters in VR are wave shooters, Cyber Threat is an open-world shooter that allows the player to travel around a city.

Here is a video of CyberThreat by Bumble

There are also different game modes and challenges.

For a limited time, it’s 50% off, and at this price, you should not miss it, if you have any interest at all in action games. There’s also a free demo available if you want to try it out first.