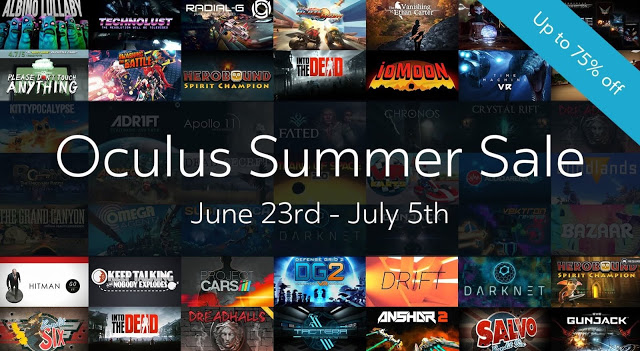 For a limited time, Oculus has a sale on over 50 apps for the Rift (previewed here) and Gear VR (reviewed here).  These aren’t just crappy titles either — some of them are among the most popular apps available.  Check out the full list here.  I don’t have experience with the Rift games, but here are some notable ones for the Gear VR:

Note: many of the games require a Bluetooth controller.  The one I use is the True Depth 3D BT Motion Wireless Bluetooth Gamepad.  I like it because I prefer the PS3 style controls (as opposed to Xbox style controls), it connects easily, works flawlessly, turns off automatically when you turn off the Bluetooth on the phone, and it’s rechargeable (via USB).