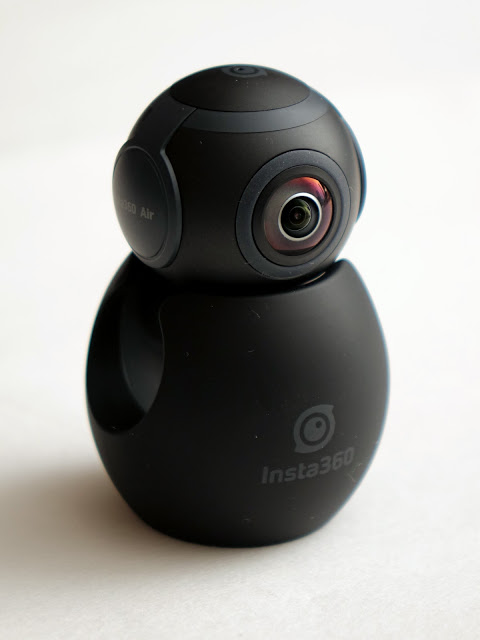 The Insta360 Air is a 360 camera accessory for Android phones.  One of its unique capabilities is wireless 360 live streaming to YouTube or any RTMP streaming service (with more services to be added in the future).  Here’s a video demo of the YouTube live streaming:

Here is the live stream, which was recorded by YouTube:

To me, the live stream quality is much better than I expected, although I hope the lag between the image and the sound is fixed.  Also, please note again that this was with a home Wi-Fi network.  I haven’t been able to record a live stream using a cell signal only but I will definitely do that.   UPDATE!  Here is the comparison.

RELATED POSTS
Tutorial: how to livestream to Twitter and Periscope with Periscope 360
Exclusive preview: Insta360 will add one-button livestreaming
Facebook launches 360 live streaming, but which devices are compatible?

X720 is a low cost fully spherical 2k camera
Demo of the JJ-1, a $100 stabilized gimbal for smartphones and Insta360 Air
Comment