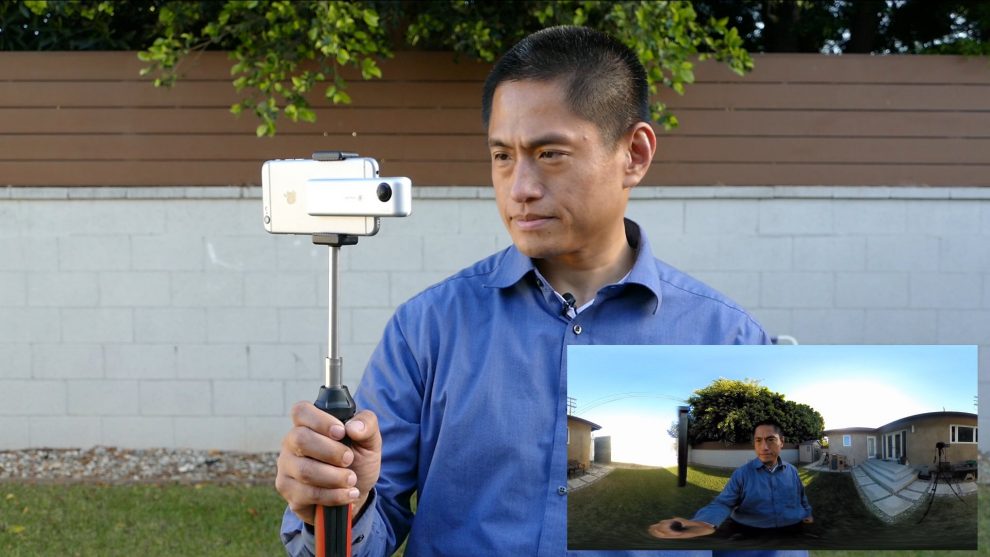 Here’s a demo of the most affordable and portable stabilized gimbal for 360 videos!

If you’re a regular reader of 360 Rumors, I’m sure you recognized that this is actually the realtime image stabilization of the Insta360 Nano which was implemented yesterday.

It works reasonably well, although it will not correct for rapid movements, and it is perhaps not as smooth as the stabilization from an actual 360 gimbal.  The other thing is that to get the stabilized video, you have to export the video from the Insta360 app (if you just load the video from the Micro SD card, you’ll get the unstabilized version of the video).  But then again, it is as affordable and portable as you can get. 😛

With this feature, I would say the Insta360 Nano is now my top recommendation for a personal 360 camera for compatible iPhones.  The Nano is available on Amazon or B&H Photo.  Meanwhile, Insta360 said realtime image stabilization will be added to the Insta360 Air for Android in a few weeks.

Kodak Orbit360 update: it’s worth waiting for!
Retail versions of 2017 Gear 360 are available on eBay
Comment