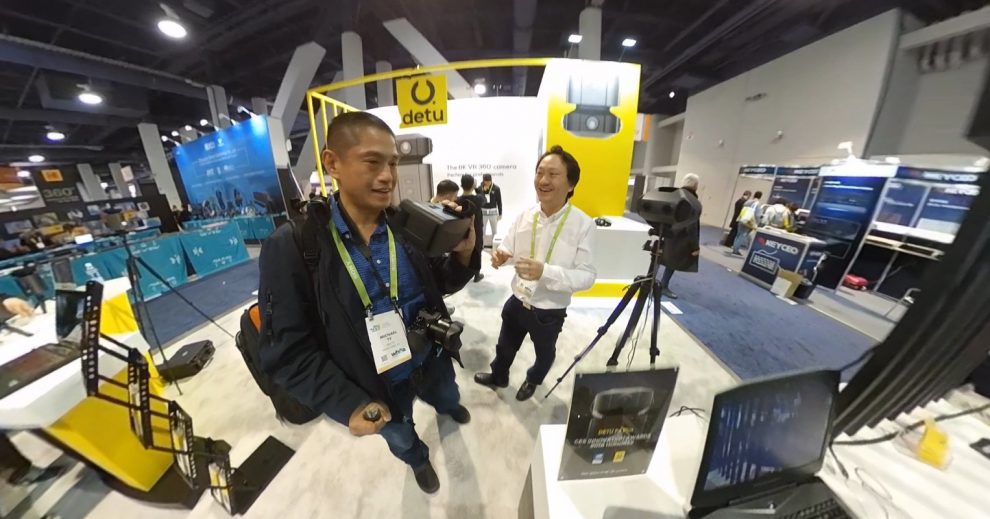 Detu Max, an 8K 3D 360 camera, is launching on Kickstarter tomorrow, according to an inside source within Detu. They didn’t tell me the price, but given Detu’s history, I believe they will attempt to undercut their competitors for professional 360 cameras, such as Insta360, Kandao, and Z-Cam.

I first posted about Detu Max here, where I discussed its AI capabilities, including 3D models, with floorplans and dollhouse modes.