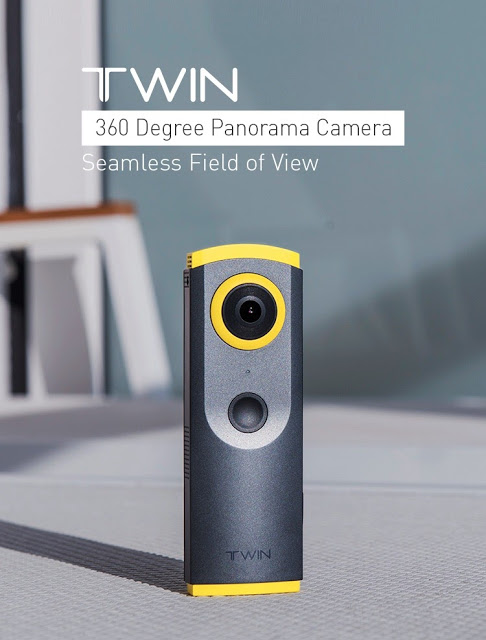 The Ricoh Theta S (reviewed here) is still the one of the most popular 360-degree cameras, and has an iconic design that is not only beautiful but which also minimizes parallax stitching error.  Perhaps then it is no surprise that its design has been copied by the Detu Twin 360, a fully spherical camera from the makers of the Detu F4 and Detu Sphere.  But even though the Detu Twin 360 has a similar design to the Theta, its internals are completely different and in some ways better than the Theta. 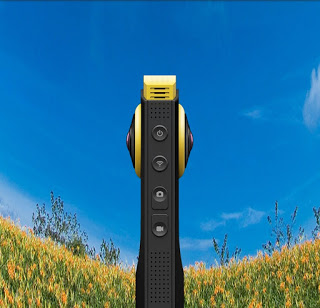 DETU Camera Twin TB401 specifications:
– two fisheye lenses, with an aperture of f/2.2
– two 4-megapixel 1/3-inch “low-illumination” sensors
– Video resolution: 2880 x 1440 @ 30fps
– Wi-Fi 802.11 b/g/n
– Micro SD card up to 64GB
– Dimensions: 12.3cm x 4.1cm x 2.3cm.
– weight: 67 grams
Let’s break it down:
Lenses: It is interesting that Detu was able to copy the Ricoh Theta’s slim design.  The Theta uses a complex folded optical path in order to minimize the distance between the lenses.  Until now, the competitor that has come closest to copying this design was the LG 360 Cam (reviewed here), but even the 360 Cam is noticeably thicker than the Theta.  However, the Detu Twin was able to duplicate Ricoh’s engineering feat, with a distance between its lenses that is pretty much identical to the Theta.  The Theta’s thickness is 22.9mm while the Detu Twin’s thickness is 23mm. 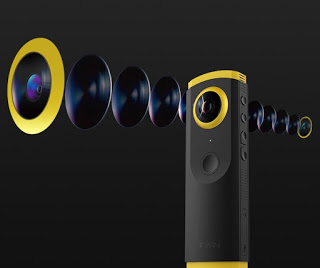 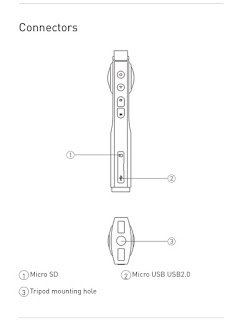