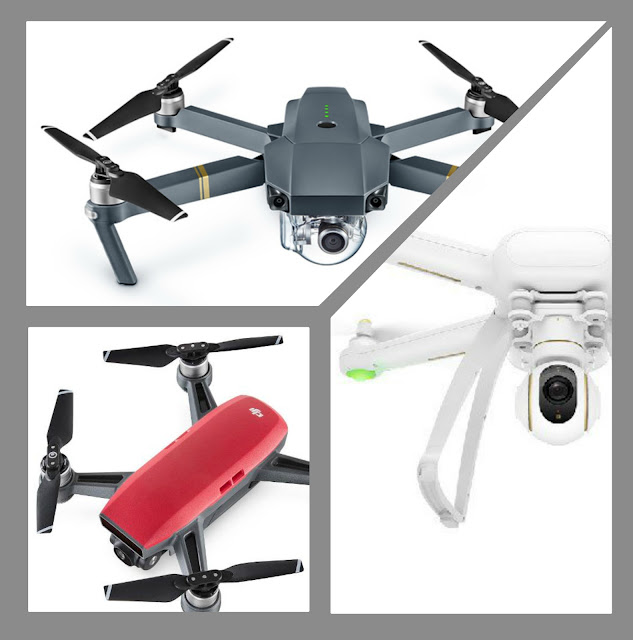 Are you looking for a drone for some cool aerial 360 photos or videos?  Gearbest has tempting deals on three of the most popular drones: the DJI Mavic Pro, DJI Spark, and the Xiaomi Mi Drone 4K!
DJI Mavic Pro Fly More Combo

The Mavic is currently one of the most popular drones.  I like it for aerial 360 videos for a couple of reasons: first, there are mounts for it that will allow you to attach a camera above and/or below the Mavic.  Second the low profile of the Mavic makes it easier to stitch video from a top camera and bottom camera into a fully spherical 360 video without the drone.  Third, the Mavic is foldable, extremely portable and convenient to carry on trips.  On the other hand, because of its smaller size, the Mavic is not as powerful as, for example, the Phantom 4.

The Mavic can be purchased by itself or as a combo that adds:
– a battery charging hub for up to 4 batteries,
– two pairs of extra propellers
– car charger
– two extra batteries
– shoulder mag
– battery to power bank adapter (which lets you use a Mavic battery as a power pack) 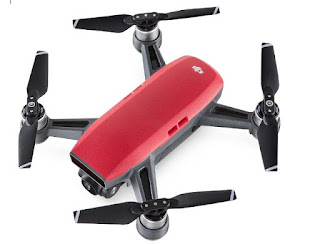 DJI Spark is a new mini drone that can fly and land on the palm of your hand, yet still has many of the advanced features from other DJI drones.  It also has features such as being controlled by hand gestures.  The Spark has a built in function for capturing a 180-degree panorama.  In addition, at least one user has been able to attach a 360 camera (the very light 75 grams LG 360 Cam) to the diminutive Spark.  (Please note YMMV – weather conditions and other factors may limit your ability to carry a 360 camera).  Check out this video by Half Chrome 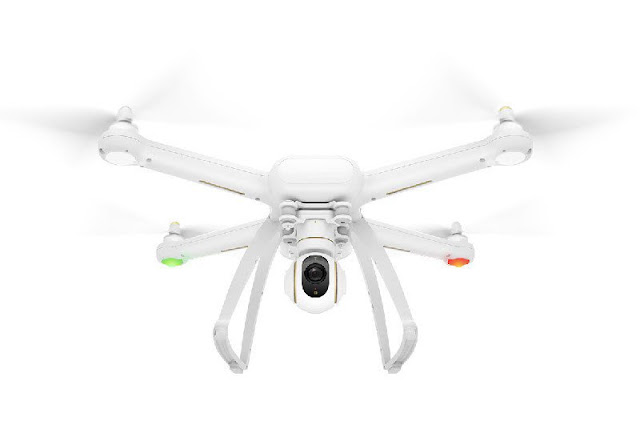 Xiaomi Mi Drone 4K looks a lot like the DJI Phantom 4, but it’s not just a cheap imitation.  AndyRC called it “brilliant” and an “absolute contender” versus DJI.  It is powerful enough to carry most consumer 360 cameras.  At the same time, the Xiaomi 4K is about half of the price of the Mavic.  The main advantage of DJI drones is that they have much greater range compared to drones from other brands.  The

Where to buy Xiaomi Mi Sphere in 2020 without overpaying? Is it safe to buy from Aliexpress? (updated August 24, 2020)