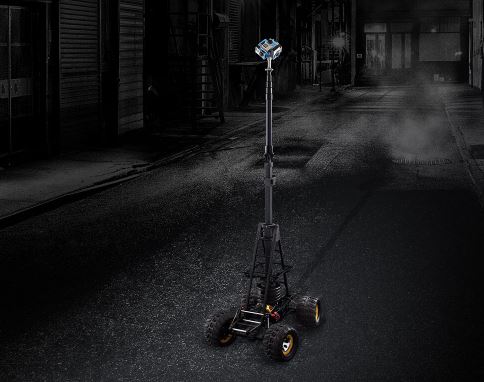 Dolly360 is a radio-controlled and stabilized dolly for 360 cameras.

Here is a sample 360 video from a GoPro rig mounted on the Dolly360:

Lanparte LA3D-VR-01 gimbal on sale for $199!
Effortless invisibility: a cheap selfie stick that is also invisible to 360 cameras
Comment