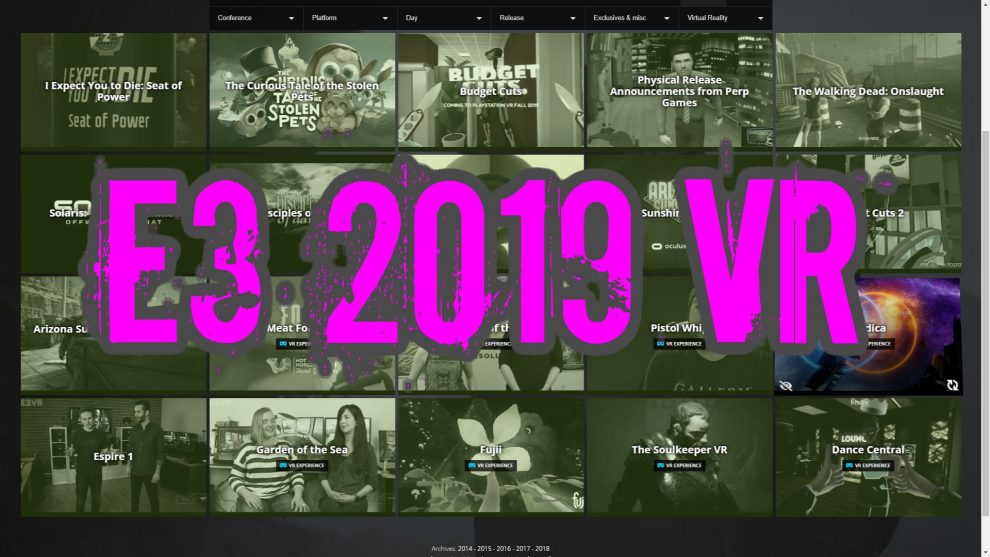 There were several VR games announced at E3 2019 but no new hardware or major announcements. Insta360 had a booth at E3 for the first time (South Hall #2555), although they didn’t have anything to announce and I am guessing that goal was primarily to increase awareness for their 360 cameras among VR enthusiasts and game developers.

Here’s the launch of the Imagine Dragons DLC for Beat Saber:


Here’s a playthrough of one song (on Expert+ mode) by OtterWorldly:

Here’s a trailer for After the Fall (Rift / Rift S):


Meanwhile, check out this playlist of other VR announcements: