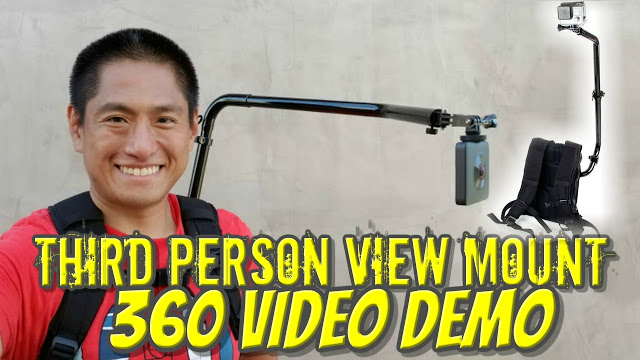 I got an inexpensive third person view mount / harness from eBay for GoPro, action cameras, and 360 cameras.  Here’s a sample 360 video from this mount.  UPDATE: found on Amazon a nearly identical mount.
Here’s how the backpack mount looks: 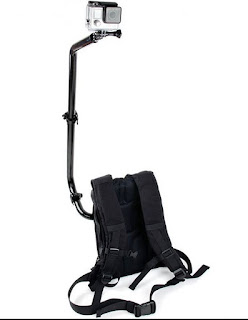 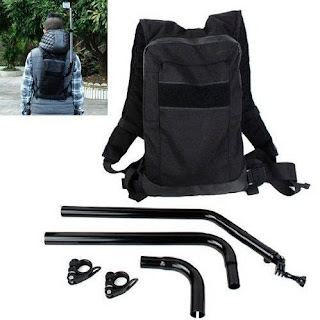 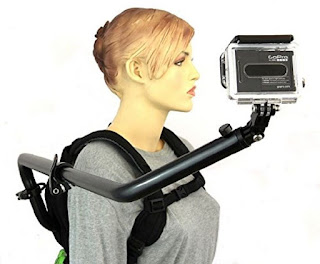 The harness has clamps that you can use to configure the two included pipes and elbow to choose an angle for the camera.  It uses a GoPro style adapter, so you may need a GoPro to 1/4-20 adapter.

For this sample video I used the Xiaomi Mi Sphere yet again because it’s lightweight and stabilized.  Here’s the video:


I would say the harness did its job and I like that you can position the camera in many ways.  The issue is that when walking, the camera will move side to side.  Fortunately, the Xiaomi Mi Sphere’s stabilization keeps the horizon level.  Without stabilization, I imagine it would be difficult to watch.  The mount is much smoother for videos while riding a bike, or other wheeled vehicle as you can see in the latter part of the video.

I got my mount on eBay for around $65 but I don’t see it listed at this time.  I do see a somewhat similar one for around $37: 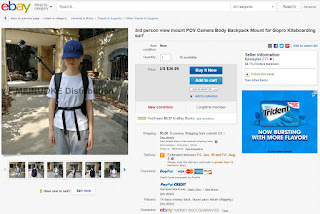 You might also like my DIY invisible third person view mount.  UPDATE: I found one on Amazon that is nearly identical but is branded.

How to make the Guru 360 gimbal almost invisible: 360 video demo and tutorial
How to avoid overheating in your 360 camera
Comment